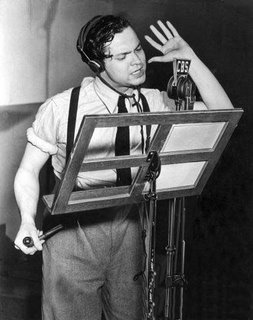 Simon Callow's second part of his superb biography of the terrific Orson Welles (pictured here) is coming soon, called Hello Americans. I heard Callow this morning on the BBC radio, and it seems promising. The book will focus on the side-projects that diverted the boy wonder from film, such as politics, journalism and comedy.

Sadly, this is only part two and we have to wait for part three, likely for another semi-decade, which will include later projects such as Touch of Evil. This book ends in 1947, so miles to go on the road past Xanadu before Welles sleeps.

The title derives from the broadcasts Welles made about Brazil. See link below: