Showing posts from November, 2012
Show All

One of the most compelling songs of the years which recalled, to my mind, some thing of Japan , in its interest in Asian themes, but had a sound of its own, was 'Ok ina wa Channels' with its quirky, vaguely futuristic mood , and melancholy image of someone "leaving the office early" - as if the banal and the offbeat had merged for a few minutes here.
Post a Comment
Read more

The Heartbreaks set themselves a big ask: to bring back the sort of skinny tie tunes that made Elvis Costello and Joe Jackson hip in the very end of the 70s ; and their sound and look go far to showing their aim was true.  They catch a yearning, more traditional lyric pop style in this song, which I love for its sheer Englishness, and jangling guitars.
Post a Comment
Read more

- November 27, 2012
first draft of my first poem in months... As ‘Heavenly Bodies’ by Tamaryn played I came out of myself, lost the way, was the river in the middle of the road, the third movement, the moving van, a targeted thing, gossamer wing, the last to fire on the smoking man; fiddle with your days if you can, until you break a string.   I was giddy, lost, grown relatively fat, measureless to myself, on a high shelf, but toppling; I fell in love most days, many ways; should have been a donut glaze; I floated like heat haze; broke laws like others gauze; runners ran through the tape of my dreams. Was seamless, fragmented, and head of the department of looms; I ran from hall to hall patterning rooms; was a shoe-gaze instrumental. They could have put me down as mental if they’d caught me then. But I was so alone in the music of dreamy unstoppable procession of being forgotten; a shoe in the back; coin under the shoe; more me than you, but less of me than no o
Post a Comment
Read more

In the absence of my Bloody Valentine , soon to return after a very long sojourn, the best shoe-gazing dream pop this year was offered by Tamaryn .  I am relatively new to this track, but I find it rapturous, and enjoy how it sweeps me away.  Dreamy, indeed.
Post a Comment
Read more 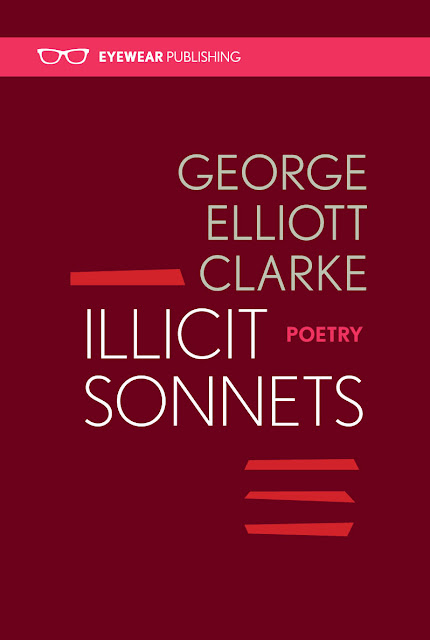 Look Who Is Having a Christmas Party!

- November 27, 2012
Eyewear Christmas Poetry Launch Party: Elspeth Smith and Simon Jarvis plus special guest Caleb Klaces Eyewear is celebrating its first year as an indie poetry publisher on the 5 th December with warmth, cheer and merriment at the Oxfam bookshop, Marylebone. For a Christmas treat, Eyewear are launching two brilliant new collections for its fourth and fifth titles. Dangerous Cakes is Elspeth Smith ’s remarkable debut; a quirky, dark and kitsch collection of poems. Smith’s sly poems limit themselves with obsessive tropes – shoes, wine glasses, balloons, tea, cake, dancing – and then open them up, somehow, into vast, mysterious places, with a question or apercu. She is a fascinating woman, born in Ceylon in 1928 to British parents, spending her childhood on a tea plantation. Eighteen Poems is by one of the UK's most respected avant-garde poet-critics, Simon Jarvis . His writing intriguingly reaches out to the Wordsworthian tradition, being a mix
Post a Comment
Read more

Maybe Alt-J shouldn't have won the Mercury Prize.  Certainly, the most unusual British band of the year, in terms of spunky jumpy Devoesque stylings, was really Django Django .  This has been one of my faves since early in 2012, and remains an instant classic of eccentric new wavery.
Post a Comment
Read more

Now, for something completely different.  Die Antwoord are South African.  But they appear from another planet.  Easily the most rebarbitive, and obnoxiously weird group of people in the world at the moment, they combine the least settling aspects of inbreeding, mental illness, poverty, deformity, modern primitivism and Dadaism, to inflect their enraged, sexually ambiguous, and thril l ing look and sound with the truly uncanny.  I can't think of a song or video this century so likely to amaze and appall in equal measure.  I admire them, find them fascinating.  Why are they not gods? 'I Fink U Freeky' is just plain amazing fun.
Post a Comment
Read more

Canadians are suddenly cool in the UK, now that the incoming Bank of England governor is a Canuck.  Meanwhile, one of the best albums of the year was from Half Moon Run , a relatively obscure Montreal band supported by Metric .  They have a sound that slides between early Radiohead and folkie Canadiana, and have created a song that I find very moving, very lovely.  It may be about being a McGill med student, or a junkie, or, anyway, I love it.  Brings back memories of the Montreal I used to live in, 16 years ag o.
Post a Comment
Read more

As mentioned earlier, this was the year when half the bands in the world tried to sound like Tears for Fears , or some offshoot.  Bear In Heaven were one of them, creating a clutch of New Wave pop gems of great cut and quality.  Perhaps the most resonant, and certainly the most reverberant, is the echo-laden, galloping 'Sinful Nature' which could almost be Depeche Mode meets Yeasayer .  Haunting, romantic, lyrically frank at times, this song made me want to be skinny, twenty, and in a disco falling in love listening to it.  Listening to it, I was.  The ending is especially s ick slash cool.
Post a Comment
Read more

No artist's long playing debut in 2012 was more anticipated, or instantly derided, than Ms. Del Rey 's.  The faux auteur slash bad girl singer-songwriter emerged fully grown from the fused pages of Kubrick 's Lolita , and Lynch 's Blue Velvet , as she was keen to tell us.  She was as staged as the Monroe photo where she "reads" Ulysses .  Lana's trope abuse was impressive - she wrung the last bit of blood from Jimmy Dean 's broken body, basically speedballing Hollywood Babylon for the meme generation.  As if deriving all her source material from Love and Death in The American Novel , she has continued to find links between the diseased poetics at the heart of an evil, carnal, eternal American Gothic sublime, and the bubblegum pink ecstasies of teen America: as if Minnie Mouse was a pornstar, or Sylvia Plath had slept with Howard Hughes under contract for his film company she combines the American DNA we all know and love, but usually keep separate
Post a Comment
Read more

The countdown continues - or rather, count up (I am going in reverse order, did I mention that?): with 'Honey ' by Swim Deep .  The video says it all - here are skinny lads, painting walls and themselves, day-glo lotharios, one stripped to the waist, as if a shy Red Hot Chili Pepper ; one t-shirt is from Nirvana .  It's all cute and teenage, but then there's the honey being licked off the lips of the American pretty girl as if directed by Eddie P o well .   Borrowing the echo chamber from the xx , and posturing more than most, this scrawny band has still managed to generate a very captivating pop song.  Pure pop, in fact.  Honey never looked or sounded better.
Post a Comment
Read more

Ludicrous, delirious, and defiantly Korean, Psy 's silly global hit not only became a viral meme of epic proportions spawning x number of copy cat versions, in the process achieving the most watched video of all time status, but it also gave hope to pudgy men that look like potential dictators, and invented a new dance craze.  I hesitated before adding this to the list, but then I thought, to heck with pretension - no song this year was as crazy, fun, or unexpected.
1 comment
Read more

My favourite album of the year is from the prize-winning Australian band, The Jezabels , called Prisoner .  As I wrote earlier this year at this blog, the album is limitless to me in its sonic pleasures - I have listened to it literally three hundred times this year, often before bedtime.  Its shimmering generosity, and drumming panache, reminds me of the best of U2 , or Simple Minds , with a dash of Siouxsie .  But it has a radiance all its own.  The high point of the album is 'Rosebud' with its romantic connotations, and hint of Citizen Kane .  It lifts my spirits every time I hear it.
Post a Comment
Read more

Another stylistic mode of the year in popular music was the turn to, or digging in of, an interest in the "Laurel Canyon" style of soft rock from the 70s, singer-songwriter folk.  Indeed, 2012 has been a fascinating melange of two decades once thought mutually exclusive, the 70s and 80s.  The best 70s soft rock song of this year, capturing the sense of melancholy and romance that decade epitomised at its best, has to be 'The Great Exhale'.  "When I get in I will see you are there" feels both lovely and deeply sad.
Post a Comment
Read more

Forget the Vaccines .  The most exciting guitar band in the UK now (no, not more landfill indie) is likely the Palma Violets - they only have one single out, really, but the NME hype machine is chugging overtime on them.  Okay, but this time it is deserved.  Fully fresh, and yet resona nt with a variety of traditional tropes as if plucked from The Smiths, The Ramones and The Replacements , 'Be st of Friends' manages to become, in its classic 3 minutes and thirty- three seconds, one of the best indie guitar songs of the 21st century.  Full stop.
Post a Comment
Read more 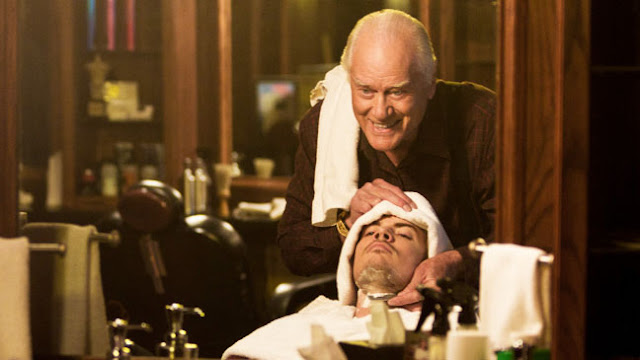 Sad news.  Larry Hagman has died, but for most of the world that has ever watched a TV set, he isn't the hapless husband dreaming of a genie (though he was that), or the troubled alcoholic who suffered various medical ailments (that too) but the ultimately iconic figure of J.R. Ewing - arguably the most popular anti-hero (okay, villain) of all time on American television, and by extension, globally.  It is hard now to comprehend, but once Dallas was an event of the first order, in terms of popular culture; and its recent enjoyable second coming is now in doubt.  Let's hope the show runners were as devious as their best character, and plotted a way to keep things going without their eminence gris.  Hagman, you'll be missed.  You put Texas on the map for a billion people.
Post a Comment
Read more

Imagine a sexier Cat Stevens , and you have the Pop Levi sound - this song has weaselled its way into my mind and its sickly sweet use of "bye-byes" notwithstanding, the lyrics and tune are brilliant (perhaps the fact he also threatens to cut his hair off and get tattoos makes that more palatable).  One of the most indelible, haunting love songs of late.
Post a Comment
Read more

- November 23, 2012
Jessica Mayhew reviews Future Blues   by Michael S. Begnal Beginning at the end of this collection, Michael Begnal notes the poet’s refusal “to fix ourselves/ in time or ink” (‘Manifesto’), and this would serve just as well as an epigram to Future Blues . This is a collection aware of the fragility and harshness of time and language, and a refusal to be rooted in the stasis of either. Begnal’s poetry is fluid and immediate, and his use of textual play allows it to slip from being pinned to the formal. In ‘Primates,’ Begnal explores the “conception of the word/ HUMAN.” This poem examines a photograph of a group of chimpanzees, comparing it to an early-morning glimpse of the self in a mirror, “a face so secretly and fiercely familiar,” which readers will be able to wryly identify with. However, this poem also goes much deeper than the “3:10 A.M” stunned and squinting eyes, and the knowing nudges of aging; the parallels drawn between poem and chimp highlight the “iron light
Post a Comment
Read more
More posts