Showing posts from July, 2021
Show All

- July 20, 2021
TWO JULY POEMS   1.   I forget the July hammer of sun each year building my boat of wavering sleep as heat swims on air to reach a beached tree; no crash of bird or rose sinks this high hammock sol makes just with itself; only nature is artificer enough to change a world by degrees, as instant as weather which is creation of new terms to live on. I drift for once with dry book as a child aloft on poetry; summer is its own genre, shaded garden in a library heart borrows from a shelf then keeps forever forgotten; parted early brightness years the loan we cannot return.     2. Speaking to themselves what we call flowers what we see as colours know their requirements so act accordingly at night and dawn, mid-summer or when frost comes on; nothing we say is meant as rain to feed their stamens, pistils, buds or leaves; bright petals lure in what needs nectar, their vines explore smart like the digital world; connection is nature’s word; we learn the language of them then arrogate our names
Post a Comment
Read more

FREEDOM'S JUST ANOTHER WORD FOR NOTHING LEFT TO LOSE 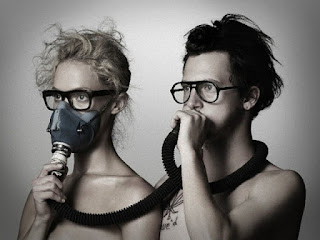 So 'Freedom Day' is tomorrow, and the UK Health secretary has Covid, and the PM and other top ministers in the government have to self-isolate for ten days because they spent time with him... cases are rising so quickly that delivery systems are collapsing under the strain of worker absence due to quarantine and illness. The government's idea to 'let the pandemic rip like the flu' IS WRONG. 1. deaths remain low, BUT the virus spreads quickly and makes people ill enough to need time off or hospitalisation in sufficient numbers to cause societal and economic chaos; 2. an idea that people only want to avoid death - many also want to avoid organ failure and long-term survival on respirators, or six months of brain fog. The farce should end. It won't, probably, but they should delay Freedom Day, and then scrap the idea and replace it with an on-off switch like in a world periodically attacked by space vampires - when it is green, we can go out normally; when it is r
Post a Comment
Read more

- July 16, 2021
Well done to the England football team and its manager, whose playing got them to the first final for an England football team since 1966, 55 years ago. True, they lost at Wembley, their iconic home, in the finals, against a surging and vibrant Italian side of brilliance, but they accomplished much, with decency and boldness. Sine the loss, the shocking levels of racism still extant among England fans, and the English, towards Black players (and presumably others) has been revealed, thanks, ironically, to incompetent (or deceitful) or complicit tech firms whose ability to sell us things instantly seems unable to block our uglier side, while profiting from seemingly reading everything else about our behaviour and thoughts. By taking the knee against the booing, the England team, like the crew of the Starship Enterprise, enables us to see a future, possible way of being our better selves, and as such, their heroism transcends the rather cruel penalty kick ending to the jubilant tournamen
Post a Comment
Read more

- July 16, 2021
This blog will write more about Michael Horovitz soon - he was a wonderful, funny, entertaining, intelligent, generous and visionary poet and a significant part of the British poetry scene post-war. His death is sad and a true loss, but his spirit and many projects and poems will live on.
Post a Comment
Read more

- July 16, 2021
FREEDOM DAY? - a nightmare I almost died But so did you The story is old Before it is true And when it’s gone It’s gone for bad So put out the bunting And try to be glad The empire of song Is dancing away The vessels are sinking The birds have gone grey The squares are deserted Or maybe obscene The windows are breaking The sea is Joyce-green; It’s a time of regretting And making new friends; A time of denouncing And making amends; The words that go deeper Are gasping for air; The world that is better Is not very fair; What was impressive Is now dinky and mean; We’ve grown better whiskers And eat to be lean; Delivery is billions And content is queen; We live on the edge Of extremes like two stars Gaseous and distant And brutally far; I try to get closer But truths cause a rift; We’re adrift on what’s melting, The soul train needs some more coal; Brazil is burning And the moon is awhirl; The decade is comin
Post a Comment
Read more
More posts