Showing posts from July, 2006
Show All

Poem in the Saturday Guardian Review 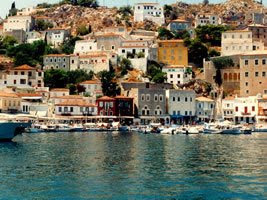 My poem "Hydra" appears in today's Review section of The Guardian. 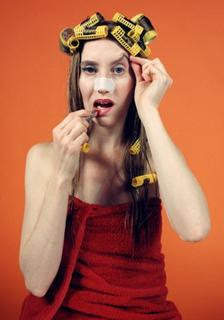 Lara Frankena (pictured here) has a Masters in creative and life writing from Goldsmiths College (London) in addition to a Masters in Fine Arts.

She has occasionally shown her video, installation and photography work.

Her poems were published in Reactions 5 and she won second prize in the Essex International Poetry Festival in 2005, which is where Eyewear was delighted to first spot her, and hear her edgy, imaginative poems. I am glad to feature her this Friday.

You must, he says, be trés maigre.
You pad the midsection and insert
a sack of pigeon blood mixed with vinegar,
pour éviter la coagulation.
The costume you must embellish
with a certain quantity of sequins
to mark the place where l’épée
devait entrer et sortir le ventre.
It is preferable to request a sword
from any military man in attendance,
for then there will be no questions
regarding the quality of the blade. 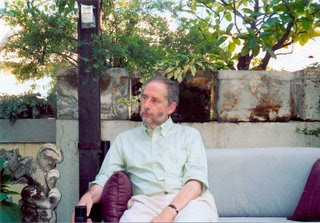 Eyewear is very glad to feature Peter Robinson (pictured here) this Friday. He is arguably one of the finest, and most subtly innovative, of lyric poets now writing in the English tradition.

Robinson was born in the North of England in 1953. After seventeen years teaching English Literature at various universities in Japan, he has recently accepted a chair in the School of English and American Literature at the University of Reading. He is married and has two daughters. His many publications include Selected Poems (Carcanet, 2003), a collection of aphorisms and prose poems, Untitled Deeds (Salt, 2004), and Twentieth Century Poetry: Selves and Situations (Oxford, 2005). Two new books of poetry, Ghost Characters (Shoestring) and There are Avenues (Brodie), appeared earlier this year. Forthcoming this autumn are two books of translations, The Greener Meadow: Selected Poems of Luciano Erba (Princeton) and Selected Poetry and Prose of Vittorio Sereni (Chicago), as well as a collection of hi…
Post a comment
Read more 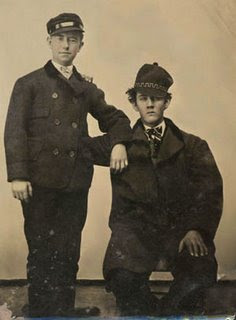 The Guardian today reports that one in nine UK citizens blogs - that is, seven million bloggers. Oddly enough, this social habit is still misunderstood and maligned by the mainstream, yet is probably more prevalent than most other consensual activities. Thankfully, the above-mentioned paper notes in their editorial today that blogging needs to be fully integrated into the public and personal spheres.

Hopefully, those poetry publishers - and poets - who continue to avoid the Internet and by extension blogs as if they were rat poison will begin to see the writing on the blog: cyberspace is now as "normal" a form of communication as the printed page, the telephone, the radio, the TV, the mobile phone text... 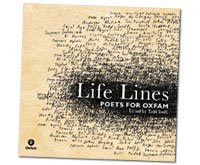 Yesterday evening's Galway launch of the Oxfam Life Lines poetry CD, organised by Over The Edge in association with the Project 06 Festival, was a big success. The Oxfam Shop in Galway was packed as Life Lines was launched by Galway City's first Green Party Mayor, Cllr. Niall Ó'Broilcháin. Niall read a poem from the CD himself: ‘The Walkway' by Sebastian Barker. Also in the audience was Michael D. Higgins, the former Irish Minister for Arts & Culture and a poet himself.

Six emerging poets who have taken part in poetry workshops facilitated by Kevin Higgins at Galway Arts Centre each read a poem from the CD as well as one of their own poems. Deirdre Kearney read ‘From The Irish’ by Ian Duhig; Rita O’Donoghue read ‘The Stethoscope’ by Dannie Abse; Hugh Doyle read 'Human Beings' by Adrian Mitchell; Connie Masterson read 'Bone China' by Esther Morgan; Anna McLoughlin read 'New Romantic' by Tim Turnbull; and Katarzyna Brzorska read ‘Corrections’ b…
Post a comment
Read more

Summer Poetry At Oxfam One Week From Now 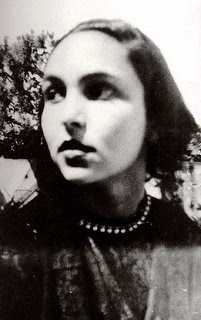 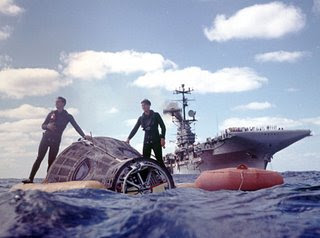 Recently Sight & Sound suggested the star ranking system should be rendered null and void, as so much stuff and nonsense to sell papers (S&S merely sells magazines), which is why Eyewear uses the five spectacles system instead.

BH&R is an album that calls for weird yet precise synergistic blurbs: consider the following formula: Pink Floyd + Ultravox + Queen + New Order + Radiohead = Muse.
In otherwords, this is not a subtle sound, but one prone to grandiose utterance. But it is thrilling, and oddly fresh, despite the "Mr. Roboto" vocoder effects in places and the endless invention; indeed, what was once postmodern art's best tactic, endless playful and eclectic invention, has now become a vaguely tedious nervous tic that infects every new 21st century product.The opening track is stupendous ("Take A Bow"); the fo…
Post a comment
Read more 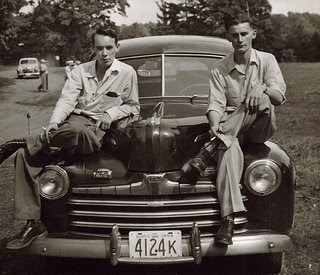 Today is the hottest ever July day in the United Kingdom. Roads have melted.

What we have here is a heatwave.

What's a feller to do? 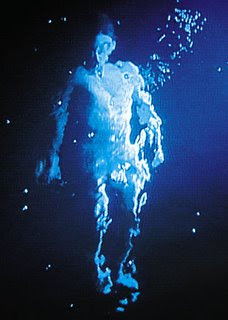 The image above is taken from a photograph by Sally Ritts, from the Bill Viola installation The Messenger, 1996. It is the cover image on the 2006 issue of New American Writing 24, edited by Maxine Chernoff and Paul Hoover.

NAW 24, just out, features a section on Nathaniel Mackey, the poetry of Nguyen Trai, and translations by, among others, Neruda, Holan and Asse Berg.

It also has three poems by yours truly, as well as writing by Max Winter, Rosmarie Waldrop, Pierre Joris, Clayton Eshleman and many more.

To order or subscribe, please see www.newamericanwriting.com - you will find NAW one of the best places to locate the pulse of innovative work from North America.
Post a comment
Read more 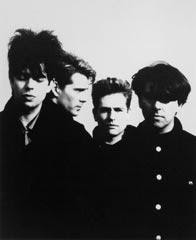 Eyewear has a weakness for alternative music from the decade known as the '80s, as loyal readers of this blog will know, no doubt to their chagrin. Blame it on the facts of my birth, which allowed me to immerse myself in a full-body baptism of new wave as the 80s swelled its banks lo 20 years or so ago.

Eyewear also misreads Q (The Essential Music Guide) as a sort of bible manque. Long has Q snubbed the 80s scene as naff. No more. It was milk and honey to see the August 2006 issue appear, with Madonna on the cover. They also long-listed the top 80 records of the 80s.

Eyewear saw much that was good about these lists (40 Best Tracks, and 40 Best Albums) and won't quibble too much. One aspect of the selection was its catholicism, which was welcome - rather than staying to the narrow path of indie sounds, mainstream classics like Van Halen's "Jump" and Dylan's staggering "Blind Willie McTell" were noted.

He Was The Model for Rear Window 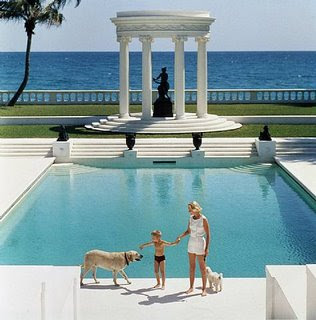 How could Eyewear, of all blogs, not note the passing of one of America's greatest (as in above) photographer's, Slim Aaron (see obituary link below), especially as he was the model for James Stewart's immobilized shutterbug-cum-murder-witness in Hitchcock voyeurism classic Rear Window.

Slim's main theme, after war, was nothing less than the playgrounds of the jet set he helped to snap in time - the rich who float above the fracas of life in which others do the fighting; although immune to ideology, his images yawn wide with Marxist meaning. Slim did history by other means. The history of the impermeable membrane on the pool - the flashing surface of things. The cream on top.

Welcome to the multipolar world 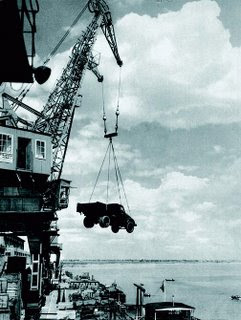 The G8 has done precious little this past week-end to halt, condemn or resolve the current unedifying slaughter of innocents (and, indeed, the guilty) in the Middle East. Nor is the Quartet about to.

Meanwhile, China, Russia, and the USA begin to divide the world's remaining petroleum resources among them, in order to sustain technology and lifestyles which are dismayingly unsustainable.

The French wanted a non-unipolar world to offset the hegemony of the Americans; they may be getting what they ordered, and what once seemed a plausible alternative to the hard-to-construct utopias of the far-flung Left. But it doesn't seem to be the French calling the shots.

The rockets, by the way, being fired at civilians and infrastructure on both sides of the border of this current dispute, are manufactured and sold; who profits from this mayhem?

There will come a time, surely, when stock options are not an option, for those left in the ruined world of the 22nd century. 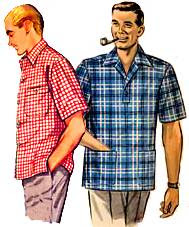 I have poetry here, as do others. 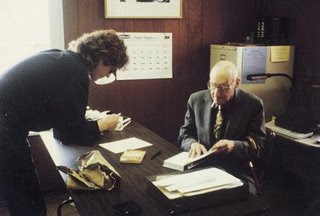 The Mercury Prize (that bastion of the uber-hip and ultra-hyped but often worthwile work)s hortlist has just been released in London this morning.

Eyewear has yet to hear half the popular music (& indie-textured) albums on the list, but is especially eager to listen to Mr. Thom Yorke's notes on The Eraser, which has songs of - to put it mildly - a political nature.

Seeing Scritti Politti on the list is a thrill - he was one of the most ingenious wordsmiths of the 80s - recall his line "I need a new hermeneutic"? - a first then, no doubt, for a pop song. Arctic Monkeys, whose lustre has gone a bit cold, despite this blog's raves, are likely to seize the day. Still, The Back Room by Editors (they deleted the the) has grown in majesty over the last months, and, while surely not the safe bet, is the dark horse worth backing.

Meanwhile, the album of the year is likely to be Dylan's latest, forthcoming while we all hold our collective breath. 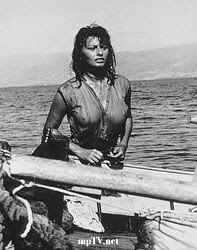 Eyewear has reluctantly returned from the island of Hydra, Greece this evening, after ten days of reading and writing (and swimming) to find London warmer than Athens.

Hydra - which has no cars but many cobbled alleys and donkeymen - was the setting for The Boy On A Dolphin, which starred Sophia Loren, pictured here in a still from that film.

Over the years, many writers have visited, and lived on, this most enchanted of isles, including Henry Miller, Allen Ginsberg, Leonard Cohen - and more recently David Solway, Henry Denander, Roger Green and Michael Lawrence.
Post a comment
Read more 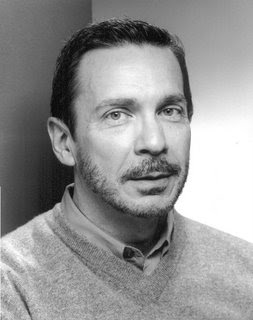 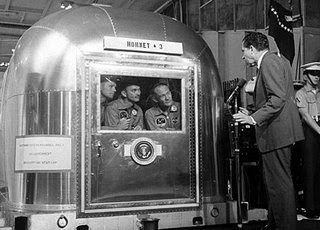 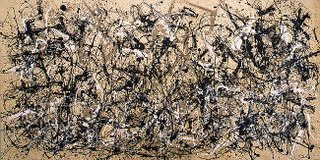 Issue 24 of Cordite, a great poetry journal out of Australia, has a bunch of poets and poems clustered around the theme of "Common Wealth" - including a new poem by yours truly. 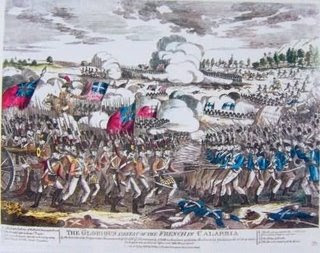 Eyewear wishes to remember the bicentennary of the Battle of Maida, fought July 4, 1806.

Maida Vale, where I live, is named after this event.