Showing posts from August, 2019
Show All 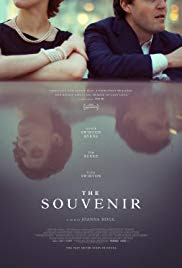 Anyone looking for an astringent corrective to the postmodern hypertrophies of the Tarantino style will find it in the beautiful and profoundly intelligent new film from Joanna Hogg, The Souvenir , executive produced by, among others, Martin Scorsese, and starring Tilda Swinton and her daughter, Honor Swinton Byrne, as a fictional mother and daughter in 80s London. Like Once Upon A Time In Hollywood ... The Souvenir is especially interested in framing a narrative around film, and directing film - in this instance, the hero is a young woman, from the English upper class, who has become a film student, and is seeking to make a film about working class life in a part of the country she barely knows. Hogg allows us to see how a film student (her in actuality looking back in memory) might film and tell the story of her own aesthetic awakening, through the medium she loves - through the story of her sentimental education, as it were, as a naïve lover, swept up by a Heathcliffian slight
Post a Comment
Read more 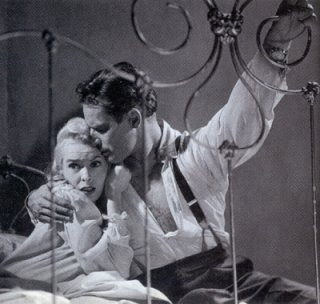 It is perhaps no surprise that most ( not all, thankfully ) film critics have praised Tarantino's latest (9th) film Once Upon A Time In Hollywood... as a masterwork - I have seen it even called Shakespearean - a term that comes from a scene in the movie; but he is more a Jacobean Middleton. Tarantino's late career has been focused on revenge - one of the primary staples of drama and melodrama in all English literature; it is also, of course, the staple of Nicholas Cage's late career, so it is not an inherently perfect one. Violence is to Saint Quentin what bars are to San Quentin - the raison d'etre. I cannot think of another director - not even Peckinpah or de Palma, Hitchcock or Scorsese - so cocked and aimed in one direction - that of setting up and paying off scenes and situations so that 'all hell breaks loose' and terrible violence ensues. Tarantino has argued - often publicly and coarsely - for an art for art's sake separation between reel violen
Post a Comment
Read more
More posts