Showing posts from October, 2020
Show All

- October 15, 2020
OCTOBER POEM   The dark is rising, but it always has Been an upstart, just because That’s what darkness does. We have the horizon to focus on,   That way the high Beaufort Won’t render us sick, again. Grip your ice pick, prepare To wrestle on the ice. Fittest   Survive, the rest get locked down In the sinking feeling part of town. Shoulder your Winchester, We all require level action now,   Now that lever-repeating guns Are everywhere. Smell the cinders Blocking the daily air. Winter arrives Like the apologetic ticket collector   Who knows you don’t carry one, Will have to nudge you off the train. Let’s face it, you’ll hold on, Somehow, tethered to the caboose,   With a leather noose. Reveal Your shining scalpels, doctors Of the new strange constraints, Begin to cut and tear at what’s wrong;   It’s never light, and the money’s gone, But there’s more of us than them, And we can sort of hum Shelley’s songs. Strap those
Post a Comment
Read more

NOT FOLLOWING THE SCIENCE

Assuming, for the moment, that Trump loses the election, and we get a Brexit trade deal with the EU before 2021, Trump will still be in the White House until January 20th; and, according to an Oxford vaccine expert, a plausible vaccine won't be readily available until July; at which point, it may only be 50% efficacious (and 50% say they won't take it). Assuming war will rage in one or more regions in the Caucasus, that there will be winter flooding, and storms; and another million or so jobless by Christmas - well, even without Covid-19 deaths, it is a lot to take in. Now factor this in - the PM, Boris Johnson , who was always openly supportive  of 'following the science' has been accused by his own government scientific advisors (SAGE) and Her Majesty's Loyal Opposition Leader, Sir Starmer , just yesterday, of 'ignoring the science' by failing to implement a ' circuit  breaker' - shorthand for a two-week TOTAL LOCKDOWN. A mini-nuke, as it were. A
Post a Comment
Read more 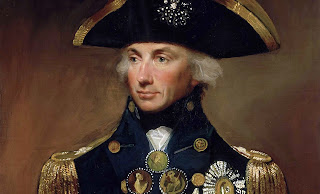 British Museums have been facing a 'tough time' lately, as their mandate seems to have shifted, suddenly, from representing an official idea of the British past, to a new perspective, far more aware of the minuses, as well as the plusses, of BRITISH HISTORY. British history is especially controversial, because at one time, Britain was an Empire. This means that, unlike most nations in human history, at one point it extended its power and control - its reach and dominance, around the world. Neither France or Germany ever established such an enriching, powerful or long-lasting empire, though they tried; and it ranks with the Roman Empire as the most influential, in terms of it economic, social, political, military, linguistic and cultural reach. Clearly, when a nation's past includes a moment of world dominance, pride can accrue, especially as that moment passes. As David Olusoga OBE and other historians have begun to show, however, you don't manage to control large swat
Post a Comment
Read more

- October 08, 2020
The government, and our whole UK society, is facing a terrible Hobson's choice... we can't REALLY let tens of thousands of people die without proper NHS support in the next few months, as the Covid19 numbers soar in our cities, can we? Yet, if we put in place the measures that NEED to be taken, from a purely moral, compassionate and medical perspective - circuit breakers, and lockdowns - the economy will collapse into a great depression, or worse, and millions will be unemployed, many homeless, and in despair - because we do not have the money to support the NHS and furlough everyone and keep all businesses and professions afloat... or do we? Well, there's Trident, and the royal lands and properties... and art and literary treasures. The UK's value is priceless, it could borrow whatever it takes (remember those words?). So, in a sense, the hesitation is not logical, or practical, but scrupulous to an extreme... it is, as they say, hedging a bet... or rather, the governm
Post a Comment
Read more 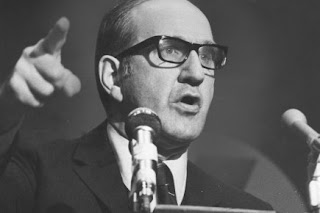 FOR PIERRE LAPORTE Murdered 50 years ago     Writing, what does it do for you? And in another official language, Whose form is power, or its display, Or the way that power ebbs, or flows. I knew you, back when you were less Than murdered, or more than a way To mention terror. Poets have taught That what we say can go low, or higher, Slow down the subtleties of horror, Or defer or defray the impacts. Tact and tension, inches of pressure. It was in October, and I was four. A father, you played on your front lawn With your family, throwing a ball Around in the early autumn air. Leaves were goldening; the great river Was only feet or metres away; bucolic Is not quite correct, but closer than a lie. Fiction says I was there; the actuality is I was nearby, with my own father, At our own play; but the same avenue, Putney (their house on the higher corner) On the South Shore. This took place In varying languages, French for the minister O
Post a Comment
Read more 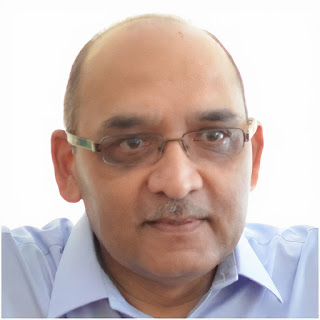 This UK National Poetry Day I'd like to celebrate one of the 'unsung heroes' of UK poetry - a poet and poetry promoter who has done so much for so many. Long before 'diversity' became a catch-phrase, Yogesh Patel was enabling many voices to be heard, across a diverse and multicultural spectrum. He's more than just an editor, publisher, organiser, or cheer-leader - he's a poet, first, and foremost. An eco-warrior by Yogesh Patel   Shiva’s Rudra T andava overflows slithering down a slope   looks into my eyes scaling heights to clouds!   Don’t, it would sadly insist, just don’t...   Go upstream, you will find rocks.   And you will be alone. Go down stream,   you will find rivers, cities and finally the ocean,   greater than Mount Kailash. And you won’t know where to begin.   The clouds you seek on me will be there too,   but you won’t get covered in ashes when I am Barren Island anger.   Tell me, howev
Post a Comment
Read more
More posts