Showing posts from January, 2013
Show All

- January 31, 2013
Ruth Siverns , once Ruth Bowman , the young fiancee of Philip Larkin , and the subject of some of his key early poems, has died, after a long life that went on without him, just as his poems do; it all seems very sad , somehow, this going on afterwards, and then again, not.
Post a Comment
Read more - January 28, 2013
Snehal Vadher reviews Life and Times of Mr S   by Vivek Narayanan   In Life and Times of Mr S , Narayanan’s second collection of poems, at least two features of his work become established. The first is Narayanan’s deft style in which lived experience is rendered through a densely sensuous and abstract language. This feature reaches an apogee in the scintillating last poem, ‘That Touch Otherworldly…,’ where he writes, “and I swam/ swam in every direction burned/ in pinpricks/ wrung hollow by the night/ and I was one among the ants/ signalling to them/ and even the light green of/ my shirt hurt me…,” (re-)creating the experience of feeling an unborn baby’s kick from outside The second feature of Narayanan’s work is the relentless reworking of fixed forms, as was amply evident in his first collection, Universal Beach , where he explored the idea of a sonnet of variable line length. This trait becomes more involuted in Life and Times of Mr S
Post a Comment
Read more 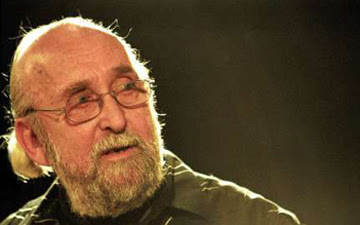 Eyewear is thrilled to feature Jerome Rothenberg (pictured)  at the start of this week, as he is one of the great figures in American poetry.  I've had books of his on my shelves for over thirty years. He is an internationally known poet with over eighty books of poetry and twelve assemblages of traditional and avant-garde poetry such as Technicians of the Sacred and, with Pierre Joris and Jeffrey Robinson, Poems for the Millennium , volumes 1-3. Recent books of poems include Triptych , Gematria Complete , Concealments & Caprichos , Retrievals: Uncollected & New Poems 1955-2010, and A Cruel Nirvana (just published by SplitLevel Texts). He is now working on a global anthology of “outsider and subterranean poetry” and, with Heriberto Yépez, Eye of Witness: A Jerome Rothenberg Reader for Black Widow Press. He has until recently been a professor of visual arts and literature at the University of California, San Diego. A CRUEL NIRVANA Hal
1 comment
Read more

- January 27, 2013
The film Lincoln , by Steven Spielberg , is without doubt one of the most solemn, grave, and lofty American films ever made - and will, in time, be seen, I think, as one of the greatest American movies, a true gift to its culture.  To comprehend the value and intelligence of this film, and its moral heft, it needs to be compared to two films which in different ways shadow it - The Godfather , and Downfall .  For, if, in The Godfather , we see the utter corruption of the human family, and power used for evil, and, if, in Downfall , we see an embattled wicked leader in the last days of his life conspiring to utterly destroy the world - in Lincoln we see, as perhaps never before so clearly in an historically accurate picture - what a good man, cloaked in immense power, can do, to achieve the highest ideals of human life - that is, equality and freedom for all.  These are not just American ideals, but Greek ones from ancient times - and there is a good case for saying that Lincoln is of t
Post a Comment
Read more

Harlow In The Wolf

- January 27, 2013
Very good to see a highly positive review of Eyewear 's very first collection Midwest Ritual Burning ( Morgan Harlow ), published last spring, 2012, written by poet-novelist-scholar Paul Perry of Ireland, in the UK's indispensible The Wolf .  In the review, Perry says: "Morgan Harlow's impressive debut, Midwest Ritual Burning , has an understated and intimate voice.  There is at once a directness and an uncanny quirky lyric side-step in her approach to the poem." The two and a half page review wraps up: "A debut collection for Morgan Harlow and a debut collection for Eyewear Press - both are to be commended." Eyewear Publishing Ltd. was very fortunate to have as a debut such a brilliant American collection.  There are some available from our website , and also at Amazon.
Post a Comment
Read more

- January 23, 2013
PM David Cameron has today pledged that, should his party win the next election outright, he will hold a referendum on Britain being in/out of the EU - if the EU does not agree to the UK's negotiating demands.  I've seen this sort of tactic with Quebec - it created economic uncertainty, and damaged the relationship there between provincial and federal levels of government.  Here, it is a worse proposition - for the UK is not an island that can, Reagan style, cowboy it alone.  The UK's natural home is in Europe, for reasons of a cultural, and financial reason.  Little Englandism aside, more is gained by the open borders and trade between Britain and the EU, tha n is ever lost - just ask the millions of Brits who travel to the continent each year, to holiday, work, or retire.  Tediously, the old cliche is true: relations are a two-way street, but Cameron is positing a dead end.  He must be voted out in 2015.
3 comments
Read more

- January 23, 2013
Caroline Clark reviews Small World by Richard Price It is rare, I felt on reading Small World , to be so very drawn into the ‘what happens next’ of a book in which the language is often fragmentary. In the past decade I have enjoyed the fragmentary language of writers such as M.T.C. Cronin ( beautiful, unfinished , Salt 2003) and the compelling narrative of J.O. Morgan in Natural Mechanical (CB editions, 2009), and here I find a most dexterous combination of the two elements: the fragment with the narrative, the unfinished with the finished. The small world is that viewed from the bedroom, the wheelchair, contained in drawers, scrapbooks, playground rhymes, a hospital ward. The narrative line, the author’s life, emerges in the details: two daughters (whose beginnings we learnt of in the poet’s previous book Lucky Day ), the elder in a wheelchair, then his girlfriend emerging from a coma following a stroke, newly in a wheelchair. The first section of the book
Post a Comment
Read more 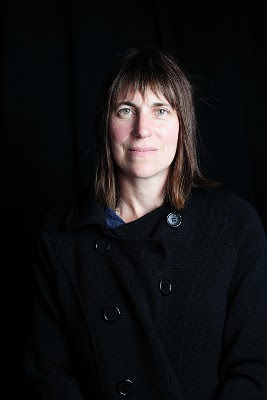 - January 23, 2013
After some reflection, I think listing "100 living poets" as the best is currently unhelpful.  The re are arguably more than one hundred British poets, born since 199 3 (as a benchmark), worth reading, and being concerned about.  However, Eyewear stands by its original list, such as it was shaping up to be, and will begin converting these over to the new label : THE EYEWEAR CANON.  The Eyewear Canon will be a celebration of the very best living contemporary poets resident in Great Britain, as of 2013.
1 comment
Read more 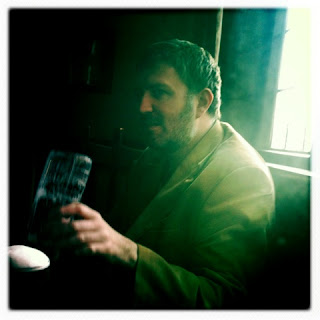 Richard Brammer (pictured) was born in 1975 in the UK. He is a poet and is also the Editor of Flexipress . His work has previously appeared in Fulcrum, The Battersea Review, Popshot, among other magazines. The British poet Richard Brammer in no way conforming to the stereotype of the British poet Death of a Salesman William Burroughs — ‘Burroughs’ — signs a copy of The Naked Lunch over to you not like a baton on the 4 th October 1982, whilst The Smiths play their first gig at The Ritz just down the road. It sat on your gas fire for years the one you can’t turn on anymore because it gasses the man next door.  /// Pharmakon My new pills, remedially labelled with all the days of the week, an anti-depressant advent calendar, I choose Saturday and pull on my Danish Noir pullover for the café, the hub of my operation. I shake sugar into my coffee — hub, a wheelwright’s word, first became common curre
2 comments
Read more
More posts