Showing posts from August, 2014
Show All

- August 29, 2014
The major English poet Geoffrey Hill is well-known for arguing that confessional poems of the quotidian fail to reach the immense heights of more imaginative, less-self-centred, poetry. From this position (which I have simplified for the sake of debate) then follows a dismissal of nearly all the poets, poems and poetry since 1945, including Larkin's, Plath's, Lowell's , etc. It is good for great poets to have their own guiding lights, their own poetics, but is not so good for other readers and poets to believe them when they claim theirs is the chosen path.  Poets do not make good messiahs. The best thing that poets give us (usually) is their poetry, not their criticism - and we are best to go by that.  Empson and Jarrell may be the exceptions here. In the case of Hill, it is hard to locate his idea of the imagination in his work, which is almost never quite as grandly imaginative in the way that say Milton 's was.  Hill is a rhetorical poet more like Pope , or Dr
Post a Comment
Read more 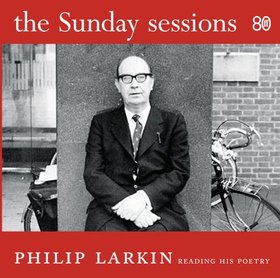 Poetry criticism - that is, writing concerned with poetry, poems, poets and poetics (theory) - seems to have been sent back to the Age of Arnold at the start of the new biography of Philip Larkin , by James Booth , his long-time colleague, and apologist. Larkin is, I feel, one of the major British poets - and in this I am not alone.  He has influenced, for better and worse, my poetry: his inimitable but seductive diction, syntax and themes tempted my originality.  So I am not attacking Larkin here. But seriously, some of what is written in these first few pages (all I have read, so far) is balderdash. Booth states that Larkin is the most popular and greatest English poet of the last century - which may be the case, but this is not easily established by merely saying it.  Kipling, Auden and Ted Hughes, let alone Stevie Smith, Betjeman, Hardy  and Housman , are all serious contenders, in terms of sales, popular appeal, influence, and critical study. Booth claims - a la Arnold'
Post a Comment
Read more

EYEWEAR WILL BE THERE! 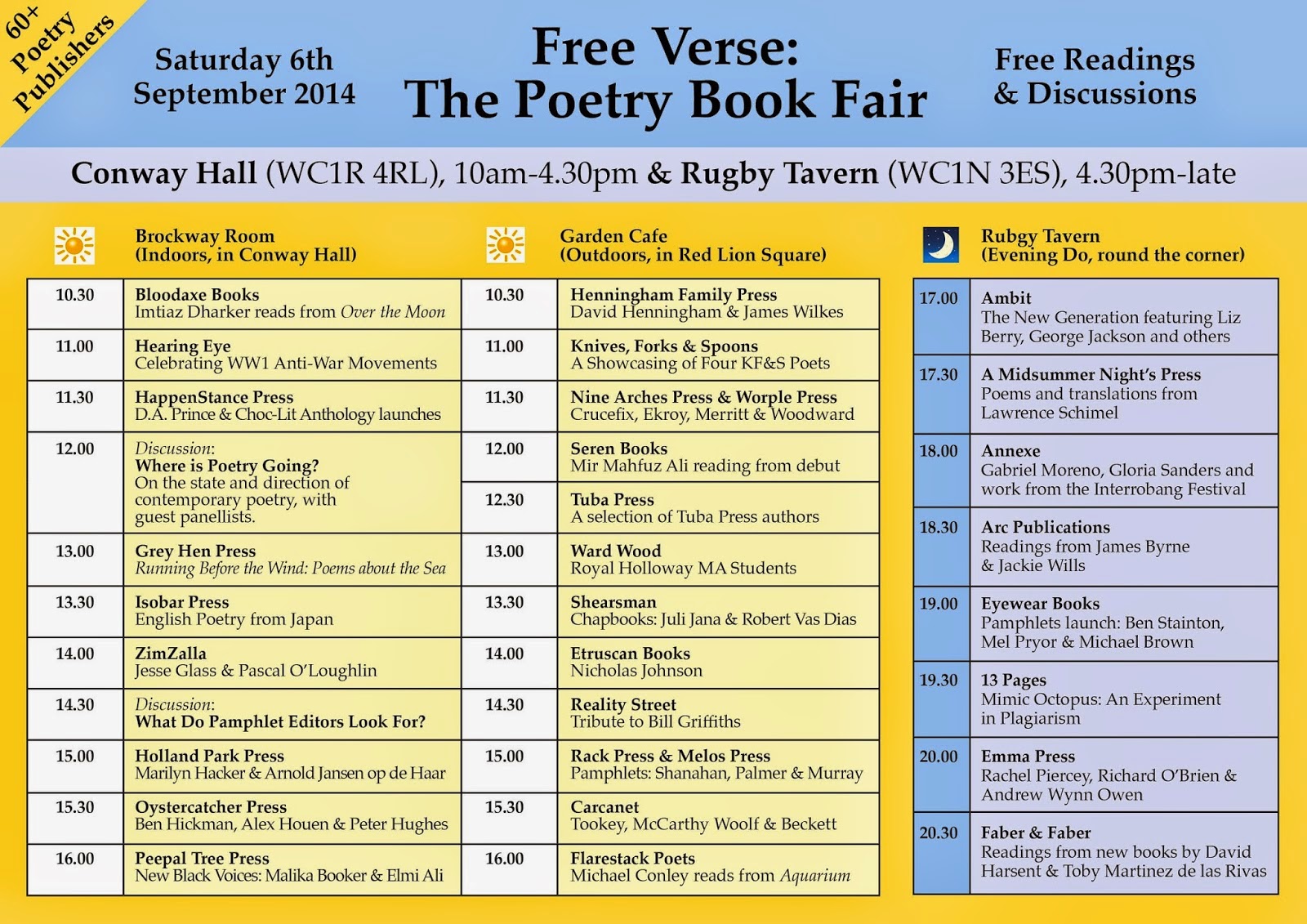 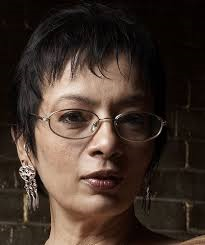 Eyewear is very pleased to feature a poem by the Indian poet Priya Sarukkai Chabria today. At The Great Wall * 1.   Beneath a wind-blown sky white spring flowers flutter like prayer flags against the stone   wall which serpentines up and down the hills, its dark density serrations thrusting from the dragon’s   spine --which sleeps beneath the earth wallowing in   its waste: molten lament and power. It sighs     as late light’s honey licks the wall’s charcoal pores and sucks darkness up its throat.   *From the sequence of poems titled China Suite Priya Sarukkai Chabria is a poet, novelist, essayist and translator with five published books.   Awarded by the Indian Government for her Outstanding Contribution to Literature her works’ translated into six languages & is published or forthcoming in Adelphiana , Soundings ,   South Asian Review , Caravan , Post Road, The British Journa
Post a Comment
Read more

- August 22, 2014
On Learning His Godson Has The “Language Gene” Defect FoxP2   Unsinging songbird, love’s signals talon you no tune. The little ring   inside your heart never breaks, won’t know to start. Small wing,   refrain-robbed, your language genes are a muted branching; unheard, seen –   bright bird, tongueless, young and wild. Confusion of syllables, lack of spring   upon a surprising note, tender or offering, means no reason   to hear, as no care extends, hems you in, away from flight   of singing, that breaks day’s stems when we are woken outright   from dreaming by fowl stylistics, their unparliamentary delight   in knocking sleep with a beak’s baton, a symphonic rapping of night’s lectern.   O my songbird, I will sing for you, I have this sprightly chance, Alex,   to be the line that runs from your winged injury to my uncle
Post a Comment
Read more

- August 22, 2014
PHILIP MARLOWE’S POETICS – A BRIEF ESSAY IN CRITICISM I walked into the office and he looked up like he’d been expecting the Nobel Prize committee, but all that had wandered in was little old me. Marlowe, the spoil sport. “You aren’t Miss Stein,” he snorted, and I had to acknowledge that. “Sorry professor, I’m just the detective, come to ask a question or two”.   I showed him my Photostat, and, because he had such thick glasses, followed that with my card. Universities were obviously doing a big business.   The panelled walls, the rich leather, the mahogany desk, would not have looked out of place in the office of a company fat cat or Louisiana politico.   The only difference was, instead of cigars and wads of cash, there were books piled everywhere. “Porlock,” he sniffed.   Professor Langwallner seemed to have some sort of deviated septum. “Oh sure,” I nodded, lazily picking up a book by someone called Adorno, “Coleridge’s unwelcome guest. I read poetry myself. Did
Post a Comment
Read more

- August 22, 2014
Few wars, and few historical moments, present clear cut choices. Especially in the Middle East, a ruined region raped by successive Great Game imperial machinations for over 100 years, whose borders are debatable and often fictively imposed with force, it is unlikely any conflict will present the armchair general and seething metropolitan pundit a black and white cause for just war.  The last Good War was, it seems, WW2 - for though the motives for fighting Germany and Japan might have been imperialistic at core (protection of markets and colonies and borders; and petrol) - the Nazi regime was markedly evil, in ideology, intent, and constant deed. Never mind that Canada was anti-Semitic in the 1940s, and Churchill had mooted winnowing the weak; or that the British invented concentration camps in the Boer War; or that it was the Allies who dropped the doomsday bomb and burned Dresden - even so, the Nazi plan and the Nazi way was - and is - almost the definition of inhumanity.  It had t
Post a Comment
Read more "I will be voting Yes in the Scottish Independence referendum for a variety of well publicised reasons – to kick back against the dismantling of the welfare state by successive Labour and Tory governments; to put an end to being ruled by governments that don’t reflect the Scottish vote; the disarmament of nuclear weapons (as the crow flies, Faslane is around seven miles from where I live). However the most fundamentally important reason for me as to why I’ll be voting Yes is the hope that the depressing sense of political disenfranchisement I currently feel, and have done for some time, will end with the establishment of a Scottish government invested with the powers essential to listen and ability to act upon the voice of the Scottish people. As a former politics student and former active member of a political party it is not in my nature to be politically apathetic but the sense that my voice has not been heard, is not heard and, crucially, will never be heard by
Post a Comment
Read more

- August 19, 2014
I am back from two weeks in Quebec, Canada - time mostly spent in the deep Northern woods of Quebec's Laurentians where lakes and hiking/ ski trails are as common as deer and dragonflies; and everywhere there's the smell of pine. The weather teetered madly between 30 C and 12 C some days, but my family went Nordic, and took even the colder plunges into lac Labelle's clean cold waters. When it rained, we lit fires in the cottage with its panoramic view of the lake and hills, and read, talked, and played Scrabble, Monopoly, Trivial Pursuit, Risk . Mostly we were vegetarians, and thus the BBQs were often vegetative in nature, but my mother presided over the cooking, which was uniformly superb.  I confess to trying every Quebec snack available, from poutine, to Joe Louis cakes. I gained a few pounds.  It was a joyous and all-too-brief time together.  I was glad to see my five year old godson, Alex , especially.  His smile and humour delight me. While I read during these wee
Post a Comment
Read more
More posts