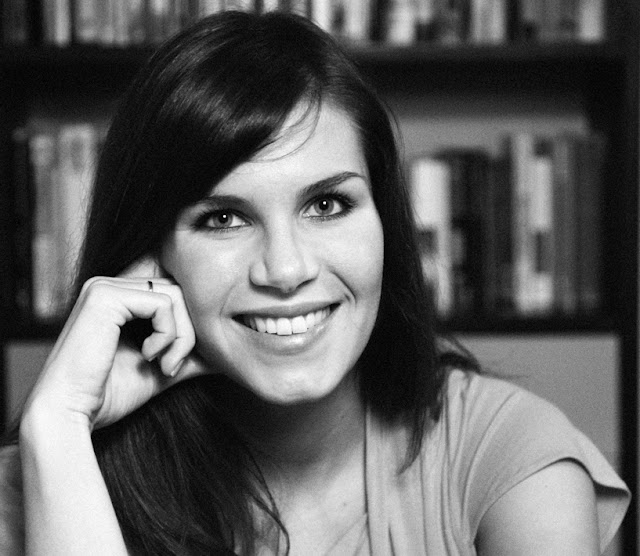 Eyewear is very glad to welcome the Hong Kong poet Mary-Jane Newton (pictured) to its pages this gray London Friday.  Newton was born in Goa in 1983, and spent the first years of her life in . She subsequently grew up in  and . Her work has been published in literary journals and anthologies in . Of Symbols Misused (Proverse Hong Kong), her first collection of poetry, is forthcoming shortly.  She is an editor at Oxford University Press.

Poem No 165
Wants to remain unknown, unwritten. Wants to cry hoarsely that this
is not the death it has deserved.
Would rather inject its host with poison
and turn pale and waxen, than assume shape, become ‘meaningful’, be forced
into a pattern strange and peregrine.
Would rather age and rot an unborn
virgin, be forgotten like an age-old monument.
Would rather drown in other
stories, tales and poems, or be hanged with rattling emotion.
Would rather
seek a private battle with its host, than be told, captured with words. Being
captured with words means to search for the cross on the map, and searching for
the cross on the map means to take the first step on a course inevitable. Broken,
blackened stumps of feet would scratch the paper, and a thrumming sound
would pump from every cranny, every letter. Marauding feet would rush.
The journey would unfold in a thousand winding courses. In every turn and
every syllable, change would brood like the dark twin of death.
Would rather
crumble into fragments, black and ominous and blurred by memory, rather shift
into a dream of greed and violence, or grow into a different being altogether.
Wants to pivot, tighten, growl in suicidal rage: ‘Go on then, stunt, distort and warp
me with your useless, little language!’
Wants to remain a secret, wants to remain
true.
---
Xue-Li[1]
comes as if it was
today, this morning

Koi[2]-tailed eyes
and long, black hair
fool’s gold in a

Xue-Li, water runs
(sun splashes)
on her back pearls
sighs for hunger,
licks her breast

tell by Koi-tailed
eyes the depth

of our
intellects ...
[1] Chinese female name, literally translated ‘pure as snow’
[2] Variety of the common carp. In considered attractive, and often kept for decorative purposes.
poems by Mary-Jane Newton; republished with permission of the author.

Christian Ward said…
Thanks for posting this, Todd. I'd never heard of Mary-Jane Newton before and I loved reading these two pieces (the first is wonderful). I'm going to look out for her work with anticipation.
Thu Mar 03, 11:21:00 am 2011