Get A Real Job 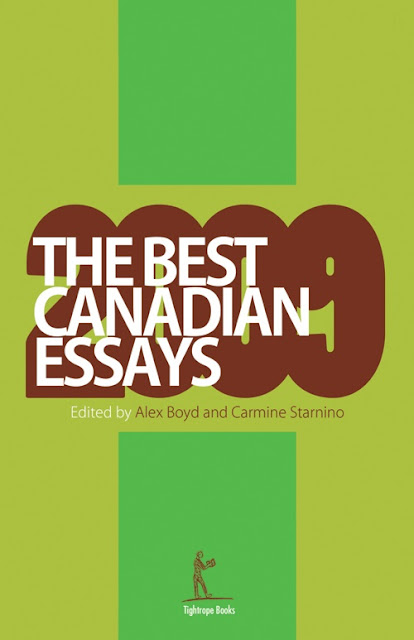 This is an excerpt from an essay taken from Best Canadian Essays 2009, edited by Alex Boyd and Carmine Starnino.  The 2010 anthology will be out soon, edited by Boyd and Kamal Al-Solaylee.  Worth investing in, I'd say.

Get A Real Job
In Grade 8, I joined an extracurricular social studies club called Project Business, designed to help young people learn about supply and demand economics. I signed up because Krista Copper was in it. She had brown feathered hair, eyes like a stunned deer, and wore a corduroy jacket buttoned right up to her chin, which gave her a look of impenetrability that I found alluring. We were to make peanut brittle and sell it at lunch hour, calculating the cost of the peanuts, sugar, molasses and labour time, and fixing a price that would recoup our costs or, even better, make a profit.
The club was divided into three competing groups. I made sure I was in Krista’s, and she set the strategy. The key, she said, was the quality of our peanut brittle. Her mom’s was awesome, so she’d get her mom to make it. We would charge the same price as everyone else, but ours would be better, so we’d sell more. Ours was indeed better, and we did sell more. We made more money, but we used twice as many peanuts, which were the most expensive ingredient. Our expenses were nearly double those of the other groups, and we made less money than everybody else. Krista was demoted from club president to treasurer and I joined flag football.
From a slave to ulterior motives to a career in the performing arts, I’ve spent the past 10 years cobbling together a viable existence by writing, performing and recording original music as Kris Demeanor, often with my Crack Band. Sure, under the auspices of making a respectable living, I have made halfhearted stabs at biology, architecture, horticulture, English literature, but none stirred in me a sustainable passion. Many people love music, and love to play it, but playing professionally requires a type of enthusiasm akin to mild but unrelenting panic. I liken it to navigating through the maze of mirrors at the Stampede as a child. It was confusing, frustrating, and everywhere was me. I would bash into the glass and cry, but suppress my sobs and get it together so dad wouldn’t have to rescue me. I’d go in again the next year. [....]
by Kris Demeanor
Email Post
Labels: canada essays tightrope books