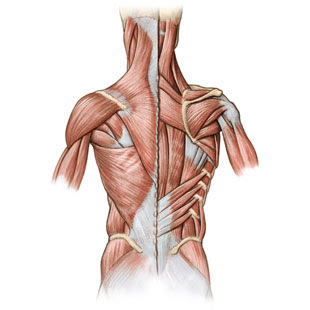 Stephen Hawking, one of the world's smartest scientists, now tells us he believes "the Big Bang" - the moment when the universe was "created" - does not require a God or prime mover - but could have been self-ignited, due to the laws of nature themselves.  Hawking's extraordinary intelligence and life are themselves more proof for a God than against, but even deists must weigh his words with care.  The media has used his words as more evidence of the non-existence of a God, though there is nothing in his new claims that disprove an ultimate being or supernatural (divine) power.

Indeed, the very idea of a super-nature - a being above the laws of nature - must by definition rule out a thoroughly rational foundation.  The existence of God is an irrational idea.  But God - if existing - would have of course been able to set the touch paper going - having made the laws that brought that moment to its crisis.  The question is - is there a meta-universe - some thing or things or possibility - a horizon of the near-impossible - that remains beyond the ken of human intellect, as it has so far developed?  Or have we seen the curve and shape of all time and space?  Horatio was once advised to keep an eye out for more things.  Eyewear will, too.
Email Post
Labels: God religion science

Over the decades I've watched Stephen Hawking like a hawk. Every year or so he comes out with a controversial comment which has jourmalists scrabbling for their biros. I think he just gets bored. I remember a famous physicist once being asked whether Hawking was the best cosmologist in the world. The crushing answer came: 'He isn't even the best cosmologist in his own college.'

Tom Phillips said…
Perhaps one of the most interesting questions is what one actually calls 'God' - or, rather, how one evisualises 'him' (I use the gender-specific pronoun very advisedly): if one abandons the idea of a hirsute chap a la Blake/Michaelangelo, for example, it becomes quite difficult to differentiate between a 'god' and a quantum-theory-generated 'meta-universe'.
Fri Sept 03, 02:09:00 am 2010

Hm. Hawking has a neuro-muscular dystrophy that is related to amyotrophic lateral sclerosis, a condition that has progressed over the years and has left him almost completely paralysed. I think it's easier to assume that, like his intellect, this was down to chance, because if it was deliberately done by some designer, you wouldn't want to meet him. I don't think the prof actually asserted there was or wasn't a god, just that there didn't have to be, but it put me in mind of David Attenborough, who does come down on the no side, because, as he says, the people who assert that butterflies prove the existence of a beneficent creator never seem to have a theory for where the flies that lay eggs in children's eyes and blind them fit into this world-view.
Sat Sept 04, 02:10:00 pm 2010