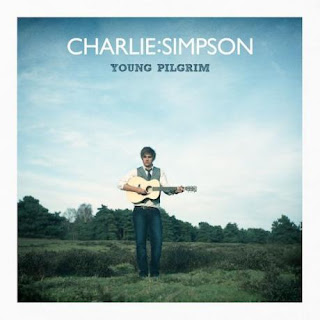 Charlie Simpson is a name many will know. Some from his days as a third of teen bopping band Busted and some will know him as front man of alternative rock band Fightstar. Either way, Simpson has been known since 2002 and has been a part of five studio albums. At the age of 26, Charlie is releasing his first full-length solo release and it sounds pretty distanced from anything the singer/songwriter has been involved in before.

‘Down Down Down’
First single from the album is a good indication of what is to come. The song is entirely acoustic driven, with thick as treacle vocals, laden with emotional depth. The folk-rock ballad is stacked with multi-layered harmonies and builds to a gentle climax.
10/10

‘Parachutes’
‘Parachutes’, also the second single, picks up the pace and builds on what ‘Down, Down’ has already established. This is possibly the most radio-friendly and mature that Simpson has ever sounded. Brilliant.
10/10

‘All at Once’
‘All at Once’ at first entices with it’s toe tapping beats, but the sound soon turns to a sorrow filled as the song of heartbreak progresses. Simpson’s vocals sound confident and crystal clear, with the song completely utilising his unique tones. 9/10

‘Thorns’
Gentle, with a subtlety that draws you right in to the melodic dreamy higher tones of vocal harmony going on in the background, ‘Thorns’ is a careful ballad. The softer verses against the more exuberant choruses work wonders here. 9/10

‘Cemetery’
The fifth track shifts the memento into a new direction. ‘Cemetery’ is a combination of pop-rock-folk, which makes for a charming reminiscent song and one of absolute authenticity. Simpson’s voice is pushed to the limit, experimenting with his higher range and occasionally showing moments of strain, which surprisingly, adds to the song.
9/10

‘Hold On’
The most mellow moment of the album so far, ‘Hold On’, is lead by multiple layers of Simpson’s harmonies against a backdrop of strings, arranged by the renowned string arranger, Audrey Riley. A well crafted smooth ballad.
9/10

‘I Need a Friend Tonight’
The second string lead track, with assistance from Riley, is simple and melodic. ‘Friend’ is mid-tempo, soft and changes the mood of the album somewhat, as Simpson and the song both remain quite delicate and fragile. It’s hard to decipher whether ‘Friend’ is Simpson claiming he has found or is looking for religion, or if he is claiming he is lost and still can’t find his way home. I’ll let you decide, but it’s a pleasant song all the same.
7/10

‘Suburbs’
The tempo picks up a little with ‘Suburbs’, but the song in all it’s simplicity does little to further what is already great about Young Pilgrim. ‘I need you now, I need you now’ Simpson repeats. It’s possibly the least remarkable song on the album, but it still is not bad.
6/10

‘Sundown’
The temp change was only temporary as we are back down to the balladry of ‘Hold On’. ‘My heart is yearning for you dear’- this strikingly scarce track is one of the most powerful on Young Pilgrim in terms of pure passion.
9/10

‘Farmer &amp; His Gun’
The most folk-tinged moment on the album is ‘Farmer &amp; His Gun’, the mid-tempo country-fied song also featured on the EP When We Were Lions. ‘Gun’ comes complete with harmonica melodies and everything, but does sound like it belongs on a different collection.
7/10

‘If I Lose It’
The melancholic ‘If I Lose It’ has a passion driving it similar to that displayed on ‘Sundown’, but the instrumentation is far fuller and production builds into an epic ballad. This could easily be used as a movie theme, with despair searing through Simpson’s vocals. This song has real potential commercially.
10/10

‘Riverbanks’
The final track is an absolute triumph- a soaring piano filled, string and guitar lead epic rock ballad that builds to the most satisfying climax on Young Pilgrim. I use the term rock ballad, and some of you may think ‘Uh-Oh, cheese’, but this is no ‘I Don’t Want a Miss a Thing’, this is authenticity in itself, with emotion practically dripping from it. ‘Something beautiful is happening’ Simpson claims, and he’s right, before the track finishes with a minute-long cinematic instrumental goose-bump inducing end.
10/10

Young Pilgrim has its flaws. The first six tracks are absolutely brilliant, so it’s a little disappointing when there’s a couple of moments in the latter half that let it down a little. Saying that, ‘If I Lose It’ and ‘Riverbanks’ are two of the most outstanding new songs I have heard this year. Despite the couple of songs that could have been left off this album, Young Pilgrim is brimming with passion and actually could be the best thing Charlie Simpson has ever put his name to. Fans of Busted are irrelevant really aren’t they? But fans of Fightstar are likely to enjoy Simpson’s solo effort, despite the change in direction, while fans of Jason Nozuka, the latest Incubus album, If Not Now, When?  and lovers of brilliant acoustic and passionate music should definitely check this album out. There could be a lot more to Charlie Simpson yet.

Young Pilgrim is available in the UK now through PIAS and receives an overall rating of 8.5/10