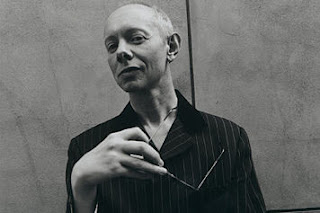 On the day when the media reflects on the death of Joan Jackson (nee Joan Hunter Dunn), I've come to listen, finally, to the new release by Joe Jackson, the CD Rain. I agree with a review at the BBC site which says it is a great work. I'm tempted to say it's Jackson's entirely unanticipated, and unheralded, late masterpiece. Indeed, there's something triumphant in its effortlessly cool pop achievement, and something oddly stirring - for Jackson has been an "Invisible Man" (the title of the opening track) for years now, except perhaps as a grumpy pro-smoking activist (a stance I tend to disagree with). Jackson's career began 29 years ago (in 1979), and he's always been more famous and admired in North America, where the British "New Wave" sound he pioneered with Elvis Costello and a few others caught on - even more than back home.

His four biggest albums are Look Sharp!, I'm The Man, Night And Day, and Body And Soul, and over the course of these, Jackson refined his nasal whine, his acid, even snide, wit, and his Jazz-pop hybrid (moving from guitars to piano, more and more) - really playing with how sentiment and cool could coincide (usually by marrying sad-sack heartbreak themes with ironic lashings of bile). Often, his snarling humour marred the overall tone of the work, while paradoxically sometimes being its best element. The best of Jackson has the joy of the music from the Peanuts' cartoons, and Rain has that keyboard zest (especially on "Citizen Sane").

He's always been a more talented musician (and better singer) than Costello, but never quite received his due. I met him a few years back, in Marylebone, leaving a Waitrose store, carrying milk. We spoke briefly, but he was a little tetchy. I don't think he appreciated my enthusiasm for his work (I was, after all, just a fan). I think Jackson is one of the greatest of British popular musicians of the post-Beatles era, and Rain has several songs ("Too Tough" and "King Pleasure Time" for instance) that are among his finest - classics-to-be. This is one of the albums of 2008.
music