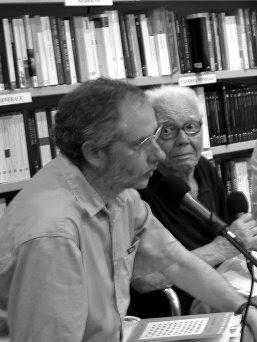 Written between 2001 and 2006 (unusually for him, Peter Robinson specifies as much on the cover), the poems in The Look of Goodbye cross a broad range of territories, from Liverpool to Japan, with sojourns in Italy and briefer visitations to Austria, London and Glasgow. There are long-haul flights across Siberia and through “cloud convoys” above the Baltic; a delay in Paris while a dead passenger has to be offloaded from “that makeshift flying hearse”; and jet-lagged hours in airport transit lounges where “the ground slightly rises and falls/with an undulant motion” and there’s the “promise/of futures not ours in the distance”.

That’s not the whole story, of course, and Robinson certainly isn’t what you’d call a travel poet, an EasyJet-generation post-Beat in search of experience in so-say exotic climes. A sense, though, of being permanently in transit and, as it were, between cultures permeates this richly textured, finely tuned collection.

In Robinson’s particular case, this transitory state - which, thanks to globalisation and economic migration, not to mention cheap airline tickets, is becoming an increasingly common one - is largely due to the fact that he lived in Japan for eighteen years, teaching at universities in Kyoto and Sendai, whilst maintaining emotional ties with the north-west of England and, through marriage, Italy. Ever since the first collection he published after moving to Japan, 1992’s Leaf-viewing, his poetry has, to varying extents, reflected the stresses of this three-way pull – displacement, dislocation, reverse culture shock and the meaning of home (wherever that might be) are recurring themes – and yet here, from the opening evocation of an Anfield-dominated, red-drenched boyhood Liverpool in "Red Dusk" to the final, reconciliatory "With Eyes Closed" (where “gaps” become “no more/than measurable spaces”), there’s a renewed directness, a clearer urgency.

Hence the cover dates: Robinson returned to England to live in 2007; these poems are from the last few years he spent in Japan. Beneath sometimes casual-seeming, conversational surfaces, there are fundamental dramas working themselves out.

At first sight, perhaps, drama might seem a strange description. A “connoisseur of shadow”, of “underprivileged moments” and – a key phrase here – “loose ends”, Robinson can seem almost consciously anti-dramatic at times. In "The Better Halves", while “our local Italo-Japan Association” attend an event to call down good fortune on the Italian World Cup football team, he’s “at the non-event of a five-tier/pagoda undergoing restoration”. And when, as in "Numbers Game", he opens with something of a Homeric flourish – “Approaching the ancestral tombs/in their stands of pine” – this quickly turns to a different, more downbeat register: the “flights of worn-down steps/as we make our way back to the grandparents’ house/at 22 Sea View Terrace/however many years ago” or an admission that “I’ve had to take a long way round”.

Only, of course, that isn’t where the poem ends and a memory of learning how to count as a child dissolves into more troubling adult thoughts and into a final unsettling metaphor which, as it were, surges into view over the brow of a hill: “you still can’t know/how many years more or less there are,/how many stairs to climb/before you arrive near the top, the top/step, step up and go.”

The experience of reading a Robinson poem, then, is… well, yes, an experience. You might start “outside a fish and chip shop” (in "Mentioned in Dispatches"), with a “Sun setting over a sea horizon” (in "On The Scene") or even “Halfway down the women’s slope” (in "Auspicious Motives") but there’s no telling where you might end up or predicting how you might get there. "Mentioned in Dispatches" extends to his father’s wartime experiences and a possible link with poet-captain FT Prince of "Soldiers Bathing" fame; "On The Scene" resolves into a defiance of loneliness; while "Auspicious Motives" slaloms through home-coming, isolation, death, an old woman at a zebra crossing and ultimately, in a possible nod to Seamus Heaney, the self-government of the tongue.

As poet Roy Fisher has said, it’s as if Robinson “carries a listening device, alert for the moments when the tectonic plates of mental experience slide quietly one beneath another”. Rather like the engagingly querulous mini-soliloquies of John Donne or Andrew Marvell, only without the schematic, mannered Metaphysical artifice, these poems are dramas of a mind – and heart – at work.

Perhaps, though, that is to make them sound too inward-looking, too personal. The bigger dramas of the wider world are here, too, after all - whether that means war, violence or impending ecological disaster. In "Calm Autumn" – which originally appeared in the 100 Poets Against The War anthology – there’s the struggle to find out whether the first Gulf War has started using a recalcitrant short-wave radio while in ‘"Ratifying Kyoto’", brief but telling allusions to the Kyoto summit and global warming (“protocols of snow,” “holes… poked in the sky”) give a poem that’s ostensibly about house-hunting a more universal, more ominous significance: we are all having to think about what our “future habitat” might be now.

That Robinson doesn’t adopt a platform and pontificate – the anger at air-strikes making “mockeries of UN truce terms” and a spin doctor’s “crafted” phrases in "Lying Figures" is about the closest he comes – means that, instead, he evokes all the more successfully what it’s actually like – what it actually feels like – to live in a world where things are out of joint, where many of us feel frustrated, angry or depressed about that but where few of us have the power to do very much about it and are left to glimpse (in an allusion to Dylan Thomas) “the hand that didn’t sign the paper” (at the Kyoto summit) in the distance, through trees.

That’s not to say, of course, that Robinson is relentlessly depressing. There may be poems about death, war, emotional difficulties but there are also poems about love, friendship, the surviving bits of nature which aren’t already dotted with factory chimneys and apartment blocks. Likewise, there’s a relish for language itself, a sustained attention to its details and a musicality that’s often been overlooked in Robinson’s work but is evident here in astutely deployed rhyme, rhythm, assonance and harmonics. Conversely, there’s also a satirical appreciation for the absurdities that language is pushed to by the bureaucrats, politicians and other speakers of corporatese who insist on coming up with nonsense like “beautification enforcement area” or “Lifestyle Protection Centre”.

Robinson’s linguistic antennae serve him well in another of his enterprises, too. As well as his own work, he’s also a well-respected and conscientious translator, most notably of Italian poets. In 2006, a near-lifelong engagement with the 20th-century Milanese writer Vittorio Sereni resulted in a substantial bilingual Selected Poetry And Prose, while, more recently, he’s published The Greener Meadow, another substantial bilingual edition, this time of the selected poems of Luciano Erba. Like Robinson himself, both these poets have a keen eye for detail and are adept at exploring the deeper complexities that lurk behind the everyday.

The slightly younger Erba, in particular, constructs extraordinary, fragile pieces out of stray observations and apparently random collisions of objects, memories and reflections. “I’ve a cream tie, an old/weight of desires/I await only the death/of every thing that had to touch me” ends the nine-line "Tabula Rasa?" (a poem which Sereni refers to in his own "The Alibi and the Benefit") while some of his more recent poems from 2004’s "The Other Half" seem to hover in the hinterland between language and silence, almost not existing at all.

As Robinson says in his translator’s note, Erba “avoids the dangers of high afflatus in the Italian language and its various cultural exploitations by sticking to the details of circumstantial existence” and for readers coming to him for the first time, it’s particularly striking that he – and Sereni, too, for that matter – explore ways out from under the shadow of modernism that are very different from those taken by their contemporaries in the English-language mainstream. In their originality and wit, their reticences and individuality, they extend our understanding of what poetry can be – as indeed does Robinson, both in his own work and in his well-crafted translations of theirs.

Tom Phillips is a poet and writer based in Bristol.

The photo is of Luciano Erba and Peter Robinson.
guest review