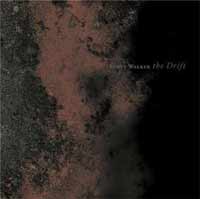 I have several reasons to find musical genius Scott Walker and his latest album, The Drift, of interest.

I live in Maida Vale, and he famously did, during perhaps his most creative period. Secondly, and more importantly, up until this new release, I though I had created the most densely-packed, poetic, Brechtian and challenging "modernist-cabaret" soundscape full-length CD. It turns out the CD I co-wrote and developed with award-winning Canadian composer/ musician Tom Walsh (entitled The Envelope, Please, see links below) is, compared to Mr. Walker's latest, about as accessible as a Looney Tunes reel.

It does not need long for a critic to establish how strange and off-putting this is, when one considers that Walker proudly spliced in sounds of raw meat being violently punched, and one approximately ten-minute song minutely explores the agon of Mussolini's mistress being strung up like a pig in the public square beside Il Duce himself - the interminable-yet-riveting interior monologue both harrowing and weirdly moving.

Walker was always too much - that is what makes him an original, and important. His wild Expressionist acting out makes most performance art seem dull - he is, quite simply, the agent of what is most over-the-top in musical theatre. Imagine if an echo-chambered, tormented Jacques Brel (no doubt punching a raw steak) wrote and sang songs of sheer nihilistic dread... accompanied by elaborate compositions without any notably clear narrative or symphonic structure, plus strings from Psycho, prepared instruments from John Cage, with repeated phrases like "what happen in America" and "black cocaine" - chillingly poetic snippets mixed in with strange aphorisms ("I'll punch a donkey in the streets of Galway").

"I'm the only one left alive" croons a deranged Elvis mourning his twin brother who died in childbirth. Later, amidst the sounds of a braying ass being slaughtered, we hear Walker moan "Curare, Curare" - just after singing the praises of "the grossness of spring".

What is happening here? Walker has the sound of the last century in his "bloody head" and "lolls against the window" - gazing out in anguish and wanting to aesthetically transmogrify it all - excercised by the vulnerable body and nature's maggot-fed corruptions.

At times, the album sounds like it might break in to a punch-drunk musical from the 50s, like "The Most Happy Fella" - and then gets hijacked by a demented Bernard Hermann. Our age's extremes of taste - and mental states - seems one of the main themes of this drifting journey up Walker's sinuous flowing influences to the dark heart of things. Mistah Kurt Weill, he dead.

To be admired, and frankly, at times feared, The Drift is likely to be the goth-spiral-into-madness-soundtrack of choice for intensely pensive readers of 20th century German philosophy and early Eliot; for the rest, it simply remains the most daunting and persuasively conceived anti-pop-album of the 21st century - a work that resists any label but Art; one wants to add Brut, to that.

Art Brut then, with broken glass and scuttling rats.

Eyewear gives it 5 out of 5 specs.