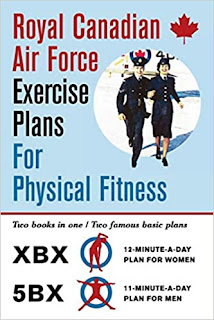 A week ago, on the 14th, I predicted here we would likely see around 20,000 reported UK deaths, and between 160-200 k cases reported, of infection. As it turns out, the hospital reported deaths as of yesterday are closer to 17 k, and the reported cases are around 125 k. Now, since reports suggest community-based and care home deaths (unreported at this stage for these hospital NHS figures) add another 41% per cent to these already solemn and tragic figures, we probably are looking at over 20,000 UK deaths so far related to Covid-19; and at least 160,000 cases - though some studies suggest the number is closer to 1.6 million infected in the population.
The government has had a mixed time of it - they have succeeded in acquiring more beds and ventilators than needed, and their ability to persuade the electorate to law-abide and stay in has been marvellous. Infection rates have seemingly begun to plateau, deaths are slowing - the lockdown has worked, the NHS has not buckled.
Unfortunately, the government has failed to get control of the PPE deliveries and production; and to command faster and better testing regimes. In short, where the NHS, the army, and the general public were required to step up, they did. When the work was down to Ministers and mandarins commandeering large and sluggish structures, the outcome has been poor. Partly, this is because the UK does not have a command and control economy; but mostly it has been down to vacillation and poor planning.
On Sunday, the Sunday Times (natch) launched a blistering report, revealing how the newly-converted Caesar, Boris Johnson, was basically agnostic about pandemic dangers in February and early March. This is part of the British psyche, to minimise risks and dangers, and muddle through. But it is also the fault of the official UK pandemic plan, which had herd immunity as a key principle, until the March 23 lockdown U-turn of a month ago.
The problems facing the UK and more broadly the world, now, are a strange mix of political and medical projections, inter-fused in an unlovely broth. On the one hand, the world economy is plunging to a Great depression (or worse) level of collapse - yesterday, American barrels of oil were less than zero in value, meaning you could be paid for taking the oil! - but there is still no cure for this highly-contagious and deadly disease; no herd immunity; no good treatment; and no imminent vaccine.
Protests in America, president-strummed, show the libertarian side of this argument, supported by contrarian thinkers here in the UK, that the cure is worse than the sickness. If only it were so easy, as to get everyone 'back to work again'; this aim is complicated by the fact that 91% of Brits don't want to end the lockdown just yet; and a sense that public events, and spaces, would hardly be thronged again anytime soon.
The young don't die as often - but people with diabetes, or a bit of extra weight, or over the age of 50, do, as well as people with immunity issues, connected to cancer treatment, or other ailments. That's a large portion of the populace. You can slice it so the under-30s return to their pubs, classrooms, and offices - but since their parents, bosses, grandparents, and teachers may not want to die from being close to them, it is hard to parse how we run the major public aspects of our pre-lockdown life, with any sort of relish.
The ugly truth seems to be one politicians are afraid to reveal, though it is plain to see: a vaccine is likely to be available, bar a Hollywood-style miracle, in later 2021; until then, like in all pandemics, deadly second and third waves will rise every time restrictions are eased.
This means late summer and Christmas could see another 20-40,000 deaths in 2020, in the UK, and few more periodic lockdowns, of between 6-12 weeks. If 50% or more of 2020 is locked-down, the economy is set to crash to 300-year-bad levels (1709); and it is hard to see business thriving in such a strange and enclosed time. As such, media eagerness for a 'post-lockdown' plan is naïve; and the government is probably incorrect if they claim they can follow economic and scientific guidelines at the same time - since they go in opposing directions.
You beat a pandemic by keeping the people under-exposed to the virus; capitalist monetary velocity only is healthy when there is constant mass public interchange - commerce in the public spaces that make up the marketplace.
For the moment, the period after early May, when the lockdown may well be lifted here as in France, poses the greater sense of uncertainty and risk. The summer promises, potentially, more contagion, and more financial collapse, not a great V-Day exuberance that becomes a boomtime. The real Boom will happen, but likely in 2022.
Normal services are set to resume post-cure, regardless of its efficacy or problems. In the meantime, bored and unemployed superstars will zoom their way into our lives whether we like it or not, like a U2 album downloaded onto our iPhones; and wonderful new national treasures like the brilliant Captain Tom will appear, to charm and inspire us. And Bezos of Amazon may well become the King Midas of the age.
London Pandemic 2020 report pandemic