Like a line dancer out of step
And others start complaining
That he doesn’t know the moves
And he’s stepping on everyone’s toes.

There was a man named Mike
Who called my father five times a day.
You’d hear each burdened voice of the family
Shout across the house,

At dinner my father often explained
That Mike saw demons.
They spoke to him,
He thought they were real.

I pictured a flaming blue being
Entering the dingy room,
And sitting by Mike
On the gray sheeted bed.


'Blue Being' is from James Franco's chapbook, Strongest of the Litter, and appears courtesy of Hollyridge Press . 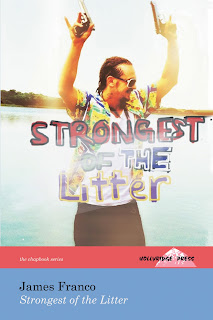