Is Poetry Better Than TV? 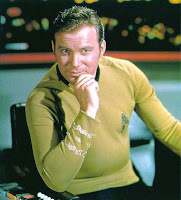 Nick Laird is one of the best of the younger Northern Irish poet-critics now writing. His recent articles on poetry, in The Guardian, are ways to reach new readers for poetry, and they mostly do some good. So, it is with some regret that I have decided to disagree with some of the things he has written in his most recent brief essay, published yesterday.

I do so, not to disagree with Nick Laird, note, but with some (not all or even most) critical, serious ideas he has put forward. In the UK and Ireland, to disagree with someone is often seen as throwing down a personal gauntlet, but I think criticism needs to be more robust, collegiate, and relaxed than that, now, for younger poets. Unless we're free to openly express gentle disagreements, and differing opinions, without fear of being struck off some invisible register, then the whole literary project is finally doomed.

Anyway, in his essay, Laird argues for an important thing: complexity in poetry, its right to have difficulty as part of its make-up. He's wrong, though, to say that "Poetry has always been a minority sport, of course, but directing anger towards it for being complicated feels new." Or rather, it may feel new to him, but such anger has been around since, at least, the 1920s, when Ezra Pound and Eliot defended the need for more complex uses of metaphor and diction in modern poetry. Indeed, John Press published a good critical study of obscurity in poetry exactly fifty years ago (1958), arguing for precisely the same things as Laird, but also observing that poetry had been difficult at least since the time of Donne. However, what has occasioned my response to Laird's article is really his critique of TV, which seems like Plato's of drama.

It is ironic that Laird, also a novelist, has set up the strawman of television (and, oddly radio, that most literate of mediums) to pose as the enemy of poetry in our age, when, in fact, it is clear that is is the novel that has done the most damage to poetry's reputation. It is the novel, with its often pseudo-literary mannerisms, that has stolen poetry's mantle of importance, relevance, and popularity, leaving poetry the scraps. Most novels make most poets cringe, their style is so bad. Poets know how to write, line by line, in a way that many popular, even prize-winning writers of prose do not.

Anyway, I am a former TV writer, and I can agree with Laird that, at its worst, TV is lazy, and insipid - as is much prose (and poetry). However, his comments are extreme when he writes: "Television teaches us to have false connections with each other: it prevents real emotion by simulating it. It imitates real relationships, real conversations, but it does it very badly, drilling us to communicate as if we live in TV-land, in displays of verbal grooming and brute joviality, in the repetition of cliché and received narratives." Well, Laird has not been watching the TV I, or millions of others, have been, including Brideshead Revisited, Star Trek, Dr. Who, The Singing Detective, House, and, of course, The Wire. American TV, and the best Canadian and British TV as well, deals with real emotion, and, more to the point, novelistic elements like plot, and character, as well as most novels. Well-written television (like film) is an art, and a craft, like poetry - the modern inheritor of the drama that Plato despised for its mere simulation of reality. I do not understand why Laird has made this claim about TV, except that perhaps the death of genius David Foster Wallace made him go back to read the essay where that writer claims that TV has become too ironic, and is damaging us, as when he wrote: "I think TV promulgates the idea that good art is just art which makes people like and depend on the vehicle that brings them the art."

The error that some well-established, neo-classical poet-critics in the UK and beyond make, when they try to defend their beloved poetry, is to attack popular culture, as if it was simply another political party the common reader had switched allegiances to. It's more complex than that. TV is one of the elements of the current media landscape (and hardly the most fragmenting, dangerous, or alienating, I'd have thought) - but the failure of literate engagement with poetry is as much the fault of the poetry regulators themselves, as with the readers who have abandoned it as a form they love and attend to.

Poetry that is presented as always serious, or anti-pop culture, does no one any favours, and in fact stresses the differences, not the similarities. I would say that most mainstream British poems are indeed written like well-made TV episodes, full of wit, incident, and imagery. That could be a way of bridging a gap.

Finally, Laird suggests that poetry is free from the pressures of capitalism: "A capitalist society - as opposed to a barter society, say, or a society based on gift culture - teaches its citizens to think in terms of selling. Poetry manages, almost uniquely, to be outside of that, and this allows poets to make real art, without recourse to the market - to empty sentiment, to the cliffhanger, the canned laughter, the safe dramatic arc and pat denouement."

2.
Poetry is not outside the market as much as it could be, or would like to think. Poetry is marketed in some quarters as ruthlessly as TV (recall Chris Hamilton-Emery calling the poetry business a bear pit). Poetry is sold. And, the Faber "brand" of poets is among the strongest.

Poetry styles, and poetics, even ways of imagining the world, are also packaged in the process, which is why many so-called mainstream poets are uncomfortable with avant-garde writing that promotes a more troubling vista, and less enjoyable fit between reader and writer. I have long suggested that more poetry should be freely available, via the Internet. Wendy Cope, a leading British poet, resists this idea, because it infringes copyright, and many others share her position.

Poetry is a literary commodity - or, sadly, becomes one. All too often, the rights are protected, and poems need to be paid for, to be used. All one needs to do is to read The Guardian's guide to writing poetry, in today's Observer, to note how a certain sort of branding has occurred, in the selection of poets being quoted: talented poets, but almost all from major presses (Faber and Picador, mainly).

If only poetry was free from the manipulation of the markets. If only poetry, in the UK, and beyond, was not manipulated by trumped-up prizes, and other gimmicks. It is poets who do resist capitalism, in their language, such as J.H Prynne, or Charles Bernstein, that are routinely mocked by more conservative poets, because of a deeper complexity, that resists the empirical pleasures of the well-made British poem circa 1990-2008.

Poetry is not merely, easily organic - it is also profoundly artificial, and also sometimes engaged, and the way that poetic utterance relates to language, and wider socio-economic pressures, is more complex than a sometimes naturalising position might presuppose (one that would have poems and poetry lift off, into another magic realm of pure form, pure making). It is true that poetry, more than other art forms, seems to resist the pressures of the world of money - but how does this wider world impinge, perhaps subtly, on the conventions, fashions, and styles, of any one period. As Sean O'Brien's Deregulated Muse shows, poems get written out of various class, and economic, environments. Ken Smith, for instance, could not have written the good, powerful poems he did, without the capitalist and other political elements of his age.

Poetry needs to be difficult, yes. And popular culture can be damaging to us. But so too is a culture that encourages an uncritical promotion of a homogeneous vision of poetics, in the media and beyond.
poetics television

Anonymous said…
I could never understand why poetry should be difficult or what Simon Armitage calls the Magic Eye Test where further readings uncover further readings etc. Is it to justify its existance as art? Or as to be seen in opposition to TV?
Mon Sept 22, 06:30:00 pm 2008