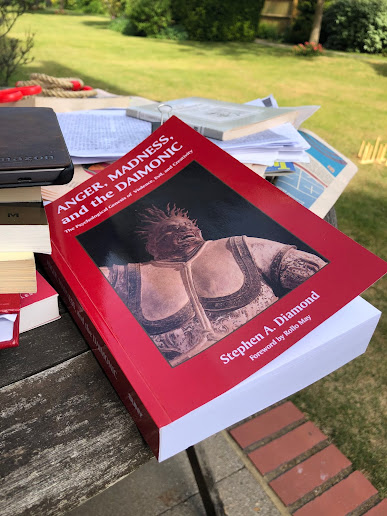 As this blog warned a few weeks ago, this was never going to be a period of calm. Unexpectedly, Brexit trade was negotiated speedily, and is not the issue. However, in the UK, a new total lockdown occasioned by a rampant new strain killing 1000 a day, and in the US, a president amok, powered for 12 more days, have made the anglo-sphere shaky, to say the least.

I now turn to the events yesterday on Capitol Hill. There has been some hyperbole, but most of the claims for the historical moment are on the money. This blog long expected a 'Reichstag' moment from the president, what is surprising is how haplessly he unleashes, and then passively leashes the dogs of chaos back in. He seems the Hamlet of coups. A bolder, smarter demagogue would have yesterday declared the Insurrection Act, called out the army, and suspended all rights, annulling the election results, and getting sworn in by a flunky, while launching wars against enemies. That's what Augustus, more or less did, at the Fall of the Roman Republic. Fortunately, Trump is a bully and a coward.

His tragedy is that, he once represented 'some' good ideas (taking on China, fewer wars), but has surely tarnished any reputation he had left. Reckless, racist, sexist, and charismatic, Trump has exposed himself as a madman, ruined by his demons, squandering his incredible communication skills; few men have been so loved, and so hated, at once, by their countrymen and women. He is, as well as being on the wrong side of history, likely to forever now be a key infamous part of it, like a Nero.

Mike Pence has surprised everyone by growing a backbone and appearing, comparatively, sane and respectful of the law. He should invoke the 25th and become president for a week or so. Trump is dangerous now, as never before. If Trump attempts to launch a nuclear strike, let us hope there is a Brutus nearby. This blog is against all but essential regicide. Some men bestride the world like an American colossus.

This is probably not the final decline of the American Republic - but it could be. The police and armed guards killed and wounded a few protesters, but had the crowd been African American, hundreds or more would be in hospital or dead now. Deference to treason is not mercy, but bias. Biden's speech was a little laboured and inert, and wordy, but also rhetorically potent. It was insurrection, at the least, or incitement. A crowd was whipped up into a frenzy. This is how lynchings start.

Trump was created almost entirely by sleaze, and a social media that made billions by elevating him to the the Marilyn and Elvis of the social media age. No one on the planet - not the Pope, not the Queen, not Drake or Kanye, not Modi or some footballer or scientist, is more famous. Is Trump evil? Not if one thinks personality disorders are the cause of his behaviour. But he is undoubtedly one of the most bizarre and destructive world leaders since 1945, and that is saying a lot.