BACK TO THE PAST? 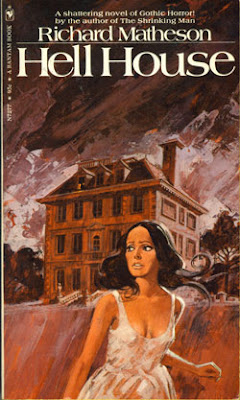 The only good news of late is perhaps that Joe Biden survived the inauguration and is all steam ahead with grown-up-in-the Room where it happens. There is not so much elsewhere. That is probably unfairly negative. I am now going to talk mainly about the UK at the moment.

People here were broadly looking forward to 2021, and held high hopes for a return to 'normal' around 'Easter'. This is the sort of time frame the government had been talking up, around the time we all scaled back 'Christmas' to a lump of coal in a dank cellar, sipping vinegar from a damp sponge.

That was before the 2020 Law kicked in - if shit can go sideways strange and fast, it will, man. So it has.

Now, we have been told by ashen faced politicos to expect a staycation summer, and not much open until 'summer'. Meanwhile, Glasto and James Bond have been cancelled or postponed, precisely as they were at this time last year. Like last year, this one now feels far less upbeat and certain, than it feels downbeat and uncertain. Will the Olympics still happen? Wimbledon?

More seriously, and the reason for all the problems, is that more people in the UK are dying now due to Covid-19, than during the first lockdown, once the benchmark of our hell of a year. Now, more people are on ventilators, and more die every day - this week, 'on average', over 1,200 a day. This is grim and sad news.

The reason? You might well ask, since 10% of the population of adults is now vaccinated (a rare success so far, but see below) and until recently deaths were down a third or more due to new treatments, hard won in the ICU and labs.

Almost twice as bad as 2020 is very bad. But, add to that bad news, the worse news, that two new variants may reduce the success of the vaccines by 50% and you are talking, very bad.

A vaccine that only works 70-90% of the time, anyway, coming up against a variant twice as deadly, is going to leave you with case levels fairly close to 2020; if a new one arrives that renders the vaccine only 50% effective, you are gong to see case levels, and deaths, even with vaccination, look a lot like 2020's ugly older brother.

What's not fun at all, or ever will be, about this news, is that 'vaccines are our only hope' has been the mantra in 2020. Now there may even be a variant that could be 'immune' to any vaccines... a sort of common cold that kills more than one in a hundred adults it infects, annually.

So, we might have to start living with an annual additional death rate of 500,000 citizens, and a shattered health system, or live in some bizarre semi-lockdown that will destroy whole industries.

I pictured 2021 as the year of running barefoot down a foreign plane-arrived-to beach sipping a rum and Coca-Cola, holding hands with my beloved, mask-less and fearless. Freedom 55.

Now, there is talk of closed borders, of Spain by 'the autumn'. Of 'raised taxes in the autumn'. The 'autumn' is now the place we put everything we can't do or have now, a sort of secular heaven.

I actually hope 2022 is autumn, it doesn't seem so likely to happen this year, after all...

When you open your mouth to speak, are you smart?  A funny question from a great song, but also, a good one, when it comes to poets, and poetry. We tend to have a very ambiguous view of intelligence in poetry, one that I'd say is dysfunctional.  Basically, it goes like this: once you are safely dead, it no longer matters how smart you were.  For instance, Auden was smarter than Yeats , but most would still say Yeats is the finer poet; Eliot is clearly highly intelligent, but how much of Larkin 's work required a high IQ?  Meanwhile, poets while alive tend to be celebrated if they are deemed intelligent: Anne Carson, Geoffrey Hill , and Jorie Graham , are all, clearly, very intelligent people, aside from their work as poets.  But who reads Marianne Moore now, or Robert Lowell , smart poets? Or, Pound ?  How smart could Pound be with his madcap views? Less intelligent poets are often more popular.  John Betjeman was not a very smart poet, per se.  What do I mean by smart?

It is always sad news when a fiercely experimental, committed, and talented poet dies, and so it is that I was sad to learn that Sean Bonney has died, aged 50, in Berlin. Bonney and I often crossed pens online, in the past, and he was no friend to my ideas on poetics. But, he was a poet with conviction and brilliance, and every death is the death of a world. I wish sincere condolences to all who knew him, and loved him, and hope that his poems live on, in memory and print, discussion and study, for years ahead.