MAXIMUM CHAOS AND BEST OF 2020: Nature is the Law? 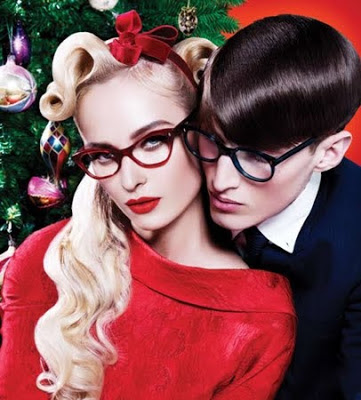 As the planets, literally align, in a once in 800 year way, the UK experiences its worst economic downturn in 300 years, the world struggles with the most grim global pandemic in 100 years, and Brexit returns the UK to where it was 40 or more years ago, it is impossible to claim 2020 is not a unique year, a unique moment. If one adds the heat of the planet is the most extreme it has been for many centuries, it is more striking, still. One can also add that AI and robotics, gene-editing, and cyber-attacks on the pentagon, new cultural ways of identifying humans, and potent generational conflicts last seen 60 years ago, further illuminate, and mark as era-defining, our moment.

But that's for history to decide. What we know now is this - Trump is still president for about a month more; the darkest days of the year are the next few; Brexit is down to a tight deadline of a fortnight that cannot go further; and, before the vaccines are unrolled by 'Easter' or 'the summer' (take your pick), as if the year was scripted by a Game of Thrones writer's room, the virus has just mutated in the South of England, making London a very real threat to Christmas, the NHS, and countless lives just before they could be rescued medically. This feels like the Third Act, the 'Helm's Deep' battle, where much is resolved, many lost, but some may heroically thrive.

The most optimistic medium-term forecast is good - in 2022, an endemic, milder Covid-19 strain kills fewer than the annual flu, and everyone is vaccinated; socialising among people under 70 is mainly normal, and we hug and meet like before. We go to movies, theatre, pubs, clubs, restaurants, weddings, funerals, and love-ins, without fear. In the long-term we are all dead, famously; it is the short-term that looks bad, or at least maximally uncertain.

If chaos reigns, it does so now specially, like a madcap jester drunk on poisoned punch. Tiers will rise (to 4, 5?). Lockdowns will resume. Bankruptcies will continue. Suicides, and mental suffering will increase. The next three months will be the most difficult some of us have ever lived through, even with days getting lighter, and the spring and vaccines on the way. Throw in a bad Brexit deal, China doing something to Hong Kong or Taiwan, or another flare up, and the international system could buckle. We are one final straw away from the dark ages.

If we can make it to June, and we likely will, most of us will still be alive; damaged, traumatised, unemployed, bankrupt, divorced, confused, jaded, ruined, lost, grieving, maybe - but alive. And then will come the rebuilding. But the next half-year coming will test us, as much or more than the first lockdown.

I have been seeing 'Best of 2020' lists, and there is something sad and untrue about suggesting there is a need or a chance of finding critical consensus here; nor did staggered or curtailed releases ever create a level playing field. My personal position is that whatever got anyone through the year is the Best of the Year for them. Friends reruns, dumb shows about animal trainers, porn, or reading Beard. What works works. More objectively, a few pop cultural events and artefacts have stood out - and, ironically, few are ones that were live streamed or zoomed. Most were mostly filmed pre-pandemic, or pre-recorded.

If one were to identify especially astonishing Covid-era culture, I'd pick two things - Paul McCartney's new LP, entirely written, recorded, and performed by himself alone, this year, marking his genius as nearly unparalleled in terms of classic rock; and Songbird, a rather nasty little sci-fi thriller, that, wonderfully, was filmed in lockdown LA, with a theme about Covid-19 mutating into 2024 and leading to a very pulp world, somewhere between Robocop and Blue Velvet; its perversion and bravado will make it historic. Babyteeth from Australia was a unique take on dying and youth and mental health and love; Kajillionaire was an other strange view of love, as well as consumerism, family, and mental health. Let Me Go was a superb neo-Western with some very ominous moments, and beautiful landscapes, and Kevin Costner.

Stepping back a bit further, there can be no filmic content more powerful this year than the five films directed for BBC TV, by Steve McQueen, under the umbrella series title of Little Axe (a reggae series among other things). The series I enjoyed - if that's the word - the most was Lovecraft Country, which merged American white gothic horror and Black American political insight to stirring and terrifying effect. Importantly, the creators of the series did not 'cancel' the racist author of the original horror world, but engaged in a creative dialogue with his works, to establish a potent and intelligent riposte. Another superior horror show was The Outsider, at the start of the year. Perry Mason was its own kind of horror, a stylish evocation of a time 90 years ago, when superstition, gullibility, crime and corruption were also rife.

Of course, Bob Dylan, the world's pre-eminent living singer-songwriter (ahead slightly of Morrissey, Swift, Mitchell, Smith, McCartney, Springsteen, West, Drake, and Simon to name the most formidable rivals to that crown) released one of his best albums - and also one of the funniest, when it was not melancholy.

What I most enjoyed reading this year, other than the Black Spring books I was editing and proofing, like the genius of Victoria Sola Smith's Lay Baby, or thrillers by MJ Penny, Stanley Johnson, and Marcus Fedder, were the daily poems by George Szirtes, posted on Instagram; these always expert, often deeply-poignant, poems, were remarkable for their fluent immediacy balanced by crafted excellence - he is, after Auden and Porter, my go-to poet for the best political, public utterances of recent times in verse, proving that the instant need not feel rushed or temporal. I also read some superb poems by Chris Jackson this year.

I am forgetting much, of course. 'Mrs Coutlter' was the sexiest ever TV evocation of evil fused to genius, cunning to control, style to substance, division to unity of purpose. Mank was great sporadically, with another bravura, substance-addled Oldman performance for the ages, if a little disappointing, ultimately, in how it side-lined Toland's input to Kane, while using his camera tricks. It established Fincher as the master-stylist of current film, however; one senses he loves the surface as much I do, too much. I have not heard all the albums, seen all the TV, seen all the movies. I also surprised myself by finding Atwood's new book of poems one of the best things she's ever written. I read les than I expected to, or bits of maybe 90 books. I read a lot of newspapers, watched a lot of Chris Whitty and JVT.

In terms of playlist tracks - 'Control' by Brooke Bentham was one of my top ten of the year. 'Start Again' by Keeley Forsyth was also dystopian, chilling and endlessly repeatable. Robyn and Floorplan's mix of 'Baby Forgive Me' made us all ant to dance again together. The Weeknd, obviously, had the hit of the year, with his 80s-homage, 'Blinding Lights' - hats off to the Canadian. Willie J Healey's 'True Stereo' sounded like the best 70s hit created this decade. Celeste's vocals were amazing. My two go-to acts were Indochine, and Richard Ashcroft, whose 'On A Beach' proves his whole back catalogue is, surprisingly, sort of easy-listening, comforting, country-lite stuff. I listened to him hours nightly, when I could not sleep, because I was afraid and in despair.

Where was God this year? In my cat, my close companions, the small acts I witnessed of love, or charity. Where was the devil? In those who continued to complain, attack, and rage online, often seeking to undermine small struggling businesses, and not for profits, and cultural workers, doing their best.

Anger was ugly, love was good. Justice is where love and anger meet at a headwater, infused with moderation. I think Biden-Harris are the human avatars of love and anger fused in that decent, bearable, capable way. Trump remains a stunningly charismatic embodiment of all that is hubristic, captivating and doomed in humanity, but, like a figure out of Paradise Lost or Dante, was never less than compelling, the panto villain we often reviled, but never ignored. Extremes are never advisable, except in sex, Opera, war gaming, and gangster movies, I now see, and now know myself to be a small c conservative.

When this year is studied in 1,000 years, though, the main theme will be TRUTH AND SCIENCE VS. LIES AND SUSPERSTITION. The fewest die where reason most prevails. Lies are never medically helpful. God is in the nurse, the doctor, the cleaner, the shopkeeper, the scientist, and in the vaccine, as much as in the virus. God is sometimes even in the priest and politician. God is even, hard to believe, sometimes in poets. But most often he is in dogs, cats, birds, flowers, trees, music, and stories that help us survive. If that's pagan, so be it. Hands off Stonehenge!

The worst of the year? The deaths, always, avoidable, and even unavoidable deaths. Death is the enemy that makes fools and artists of us all.