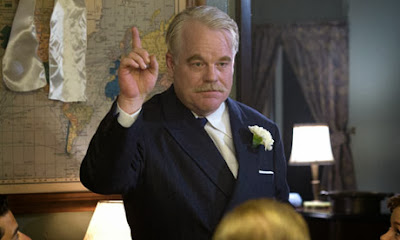 This is a razor-edge election, and anything can still happen; news channels suggest the final outcome could only come after lawyers unpack then pack-up their expensive satchels.
As I predicted the other day on Facebook, president Donald Trump is likely to 'win' another four years in the White House; though Wisconsin and Michigan now slouch to Biden - and as warned on this blog, those who ignore the visceral power and attraction of Trump's especially-dark form of charismatic energy, do so at their peril.
It is a personal tragedy that a good man like Joe Biden seems to have not galvanised voters; he offered a calmer, more rules-based, and establishment leadership, and more attention to social justice issues, health care, and the global warming crisis. Mr Biden promised a more rational and science-based approach.
However, Mr Trump exploded out of his recovery from Covid-19 to campaign like a Twister - seamlessly blending digital social media passion, conspiracy theory, and old-fashioned barn-burning rallies. And, he drew a defining line between himself and his rival - where Biden was cautious, Trump was rash and brash, and fearless. Where Biden was painted as a socialist, and beholden to progressive interests, Trump promised a bold capitalist agenda.
And, above all, Trump dog-whistled a strong preference for a version of American history that saw it good, strong and noble, not requiring amendment or apology, for slavery or other past sins and crimes.
The error of the Democrats, and the Left, seems to have been a blindness to the attractions of potency and swagger, as if America was not the proud home of Sinatra. There was a lax assumption that character and decency would heal the nation and bring a surge of voters to overwhelm the red-hatted enemy.
If Trump does win - and he may win without legal tricks (though his rhetoric of fraud has already occurred today) - Biden's campaign is partly to blame - after all, he spent far more money, and had more of the media behind him - and so, too, do the voters need to take responsibility.
If America renews its support for a charismatic, populist, America First chauvinist bigot strongman, and Trump does win in the coming hours and weeks, then we will have seen deeper into the soul of its troubled being than perhaps expected. Like an addict risking yet another wild, oddly affirming, but ultimately ruinous binge in Vegas, the US voters, in great numbers have rolled the dice in the least sober way possible - they have ushered in capital C Chaos like inviting a vampire in across their threshold. Millions have voted unwisely, blinded by a love that hollers its name in infectious crowds.
But voters also seem to have looked past the pandemic, treating it as an act of God, and to the economy, Bill Clinton's old friend. Trump has been pro-business, pro-profit, pro-low-taxes; he has been anti-China; and has curiously avoided major military entanglements. Trump has forged peace deals, defeated ISIS, and mollified North Korea's belligerence; he has made alliances with Russia and other unique allies, and supported the police and the army.
He has been a fearless critic of (or paid dupe against) almost all established international law and post-WW2 normalising structures; he has been insanely profligate and dishonest online, cruel, petty, but effective in keeping right-wing, extreme promises (walls, a conservative Supreme Court), and took on the young protesters who wanted a more just and less racist nation; he is 'America's Bastard', and somehow, it seems what Americans wanted, in larger than anticipated numbers, was a bully to defend selfish, individual interests. Again, it seems the angels of America's better nature, lost in a funhouse virtual bubble over-exaggerating a shared invincibility, left it to others to do the hard, real-world work of getting out the vote. If the Rust Belt again gifts Trump with the prize of power, physical muscle will have trumped digital outrage.
The loser today is primarily broader ideals of society, common interest, and reasonable co-operation. The winner is Ayn Rand's libertarian vision of America as a place where isolated, driven, and self-interested tycoons cut from the land that which they must have. This was also, more or less, Reagan's. Indeed, Trump is more like Reagan than often credited - a gifted communicator with a media background and a hatred of communism; but he adds a souped-up Nixonian menace all his own.
It is false to claim America is dying here; indeed, the true face of one sort of Ugly America - the country that slaughtered and enslaved and conquered to gain and keep power for its own people - is being revealed. As Poe noted in Wilson Wilson, America has always been doubled, and sinister. After the red masque, the mask is ripped off.

December 14, 2019
listening to music since 2005! As with every caveat, disregard the dilemma and stay for the nub of the post: these twelve tracks, all available on Spotify, are surely worth listening to. The caveat: no list is complete without Springsteen, Madonna, Beck, Arcade Fire, Coldplay, Deerhunter, Burial, Joe Jackson, Katy Perry, Taylor Swift, George Michael, Stormzy, Vampire Weekend, Pixies, Perry Farrell, Michael Stipe, The National, Lana Del Rey, Karen O, The Killers, Will Young, Richard Dawson, Weyes Blood, Ariana Grande, Wire, Stereophonics, slowthai, Tame Impala, Sharon Van Etten , - to absurdly mention just 30 of the acts and artists who released notable new tracks this year, sometimes posthumously - yet the list below leaves all these talents out, and hundreds more you might arguably add. So, what makes an 'Eyewear song of the year'? A variety of factors, recklessly applied in no order, but basically: catchiness, replayability, cultural impact, genre-mastery, and
Post a comment
Read more