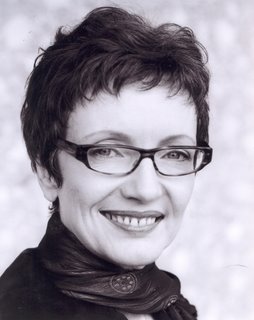 Viral Suite is the poetic equivalent of a genre flick (say, a thriller) that’s a guilty pleasure: that is, within the frame of its own choices, production style (very high), and strategies, it yields a precisely-constructed satisfaction - but the uninitiated or just-not-interested might be left out in the cold.

In the case of Rowley’s book of poems, let’s say linguistically innovative poetics is the strategy, and the choice is to work within a set of thematic and structural constraints (including prose poetry and scientific and technical jargon) to yield something new and experimental.

Rowley’s sense of how poetic and scientific language can interpenetrate to fecund effect is pretty good. Take “Flowers of Sulphur” which opens: Screaming yellow rape ripening in the fields,/ the reeking sulphurous edges of sloughs. In this poem she also tells us “gaseous compounds can kill in seconds” while in “Sex in Space Time” we are advised that sex, gravity, quantum theory/ are just the play of/ matter and energy, radiating.

The standout (long) poem in the book is “InArticulations”, a series of memos that interweave borrowings from art magazines from the last century with the 18th century Schiller’s musings on aesthetics; Rowley (pictured above) calls this “poetic bricolage”.

Giles Goodland has done this supremely well recently in Spy In The House Of Years, but such textual assemblage is always welcome so long as, to quote the last line of "Memo Ten": symmetry is found in the barren landscape of abstraction.
canada poetry