The poems in this book are witty, intimate, and direct; not bashful or pathetically comedic. Suleyman has managed to create a voice which is at home in the dangerous environment of the city and yet secretly envious of the suburbs and beyond ‘I hate the countryside, it’s designed badly’. But I did not find this voice self-loathing or melodramatic.  Further, I feel Suleyman has found her technique early on, and already I see the makings of an easily recognisable voice in contemporary poetry.   Of course those before mentioned influences are noticeable; I feel the movement in general may be a regular touchstone for Suleyman.

Onto the poems.  The collection follows the story/stories of narrators living in the epicentre of Canary Wharf.  Throughout there are poems regarding lost love, work and family.  Suleyman’s strength is her ability to write penetratingly; when issues of racism or sexism appear in the book, they arise not from a clear detailing of a character’s personality but of subtle retelling of their actions.  In 'The Passenger' the backstory of a fellow commuter, a waitress and mother of two, is given the most apt touch.  The young woman is harassed by drunken male customers and one ringleader in particular ‘”I am sorry for my friends,” he points at suits and reaches for her breast’. The atmosphere is captured perfectly and Suleyman relents from exploring the perspective or personality of any other character further than their interactions with the hassled waitress.   There are antagonisms over race dealt with the same exceptional narrative; in ‘The Altercation’, (a poem presumably ending the ‘Boss’ sequence of poems), the narrator recalls what an argument was not about; ‘It was not entirely, because of his tone’. The poem ends with the obvious difference of opinion between narrator and antagonist ‘On a platform above Millwall stadium were minarets where you imagined them’.

Suleyman’s attention to detail is thorough throughout the book. In ‘Take the Time, Heron’ the surrounding cityscape is described in the most wonderful and familiar means ‘Beside us, the perfect outlines of a glowstick town’.  The backdrop of the city in this book is never one of grandeur or reverence or even of disdain or resent, just the constant illumination we all recognise as if trees in a wood.  Suleyman may be one of the early voices to recognise man as part of nature, that means city included, and though one causes destruction to the other; boundaries are interwoven and overrun.


In short, this is a very strong body of work for a first collection. Suleyman captures big ideas in short vignettes without compromising any detail or direction of plot.  In the introduction to the book Suleyman writes ‘Aren’t we all lost and missing?’ The concept of this book therefore is to remind us of our collective existence in an environment we find both hostile and comforting.  Suleyman’s poems do just that.

AG Williams is an editor at Eyewear publishing (intern post), and a frequent reviewer here at the blog.  He is a graduate of Durham, and a poet.
at October 21, 2014

On the value of reading during a global pandemic

On the value of reading during a global pandemic Though it save no life passes time that could be wasted w ith Money Heist or Tiger Ki...

About Eyewear the blog

Eyewear THE BLOG is the most read British poetry blog-zine of all time, getting more than 25,000 page-views a month. It began in 2005 and has now been read by over 3 million.


The views expressed by editor Todd Swift are not necessarily shared by contributing poets and reviewers. Any material on this blog infringing copyright will be removed immediately upon request.

To order books from Eyewear PUBLISHING LIMITED, go to: www.eyewearpublishing.com 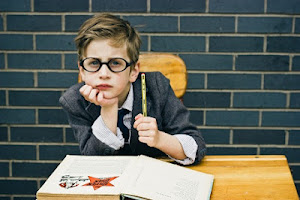