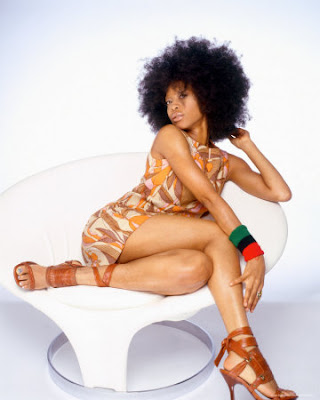 This year I studied the ear and briefly decided that music sucks. Obviously I was wrong (maybe I still am), and maybe this is just one long big extended metaphor for you to think I’m all bats, and oh but he’s about to say Garden State is really the best movie, and it is (it really isn’t) but, no matter, it’s true, I promise. I caught a cold "demand for literalness". I rescinded all critical duties. I stopped listening, pretty much, to music.

Like all parboiled ascetics, what this actually amounted to was a set of rules. The first being that all music was off limits [Raffi doesn’t count]. The second, sure enough, that I couldn’t play an instrument. A nd the third: vinyl! I worked on my stacks. I harboured a ridiculous amount, mountains of cases, some cassettes, lots of stuff you’d never need. I spent time listening to Raffi. I broke the cassettes, and bought new ones. My room became dusty, but exclusive: no noise, just new records, rare finds, stuff I probably don’t like, whatever. Japanese psyche has the best cover art, incidentally. As does drone. But anyway, I boxed up my Grados, pulled out the plug, etc. I started watching movies, I eyed boxsets, it goes on. I got into falafel. I reread books. I spent more time listening to Raffi.

And pretty soon I circled back to my original position, which, briefly: another year, more music. More music in another year is more music. More music is more music, full stop. The volume of material out there at the moment – via blogs, site hyperlinks, freebies – is unprecedented and daunting and not a little insane. We’re not in the age of the Bob Dylan bootleg anymore. This is some whole other sphere, much wider but somehow less deep, not as relevant. A mainstream counterculture, where everybody is up-and-coming or else on their way. Suffice to say that the product has never been this narrowly defined, or casual. People are cashing in.

Which is to say, really, that it’s easier than ever to get burnt out. Surviving – and making the most out of – new music may as well be a process of disengagement, of keeping things fundamentally open by involving oneself less. Does it really matter that the new Black Kids LP is a waste of their time? Or that Coldplay the band released another serious Coldplay album? It seems all we need is another over-documented supersecond before even our saturation is out of habit. Enough, already! I don’t want Chris Martin to start getting ideas. Imperial Bedroom is already the catchiest cryptographic exercise there can be. I, personally, just want out of this decade without another Talib Kweli punchline.

This is all to detract, of course, from the fact that 2008 has been a pretty phenomenal year for music. I’m going to start with Lil’ Wayne, for the good reason that the better part of my generation thinks he’s God. I do believe: Wayne is gifted with the most charismatic Kermit-croak of a voice, gliding over syllables, letting things sit, eating it up, spitting it out, that sort of thing. He can be smooth as the second-hand, and constantly on the lurch. At other times it’s as if someone’s pouring red and black ants down his throat. His beats are concocted by a bevy of producers, but you’d never know; Wayne is Wayne is Wayne. T he man just dominates. He may be the body-wrap iconoclast we’ve been in a decade-long tailspin over.

Granted, his Tha Carter III is "technically" (as in: manifestly) bad. It doesn’t so much dissolve the notion of what "good music" should be, as it reminds us, exhaustively and by crabbed example, that "good music" – whatever that precisely means – definitely (definitively) isn’t this. This is a record that Weezy made three times over the past three years. I t works on no objective level other than it being the premier zeitgeist-flushing para-concept record that he just happened to release in 2008. I mean, have you even listened to this thing?! It opens with a half-minute long metaphor about Wayne’s penis, and why that matters to you, personally. There’s also a track where Wayne – currently on bail for drugs charges – seduces a female police officer. Dangling over all this, like the cracked portent you feel Wayne wants it to be, is the sad realisation that dude is probably not long for the grave, anyhow (Wayne yelling at more than one point, “Assassinate me, bitch!”).

It would all essentially be so stupid, is what I’m saying, if it wasn’t already so stupid. To listen to tracks like “A Milli” and “Dr. Carter” is to get mainlined on Weezy’s grand tip; to get wind of what makes that freak of a voice tick and to follow-through on whatever loose and tangential notions take him from “yeast infection” to “geese erection”.

Still in the realms of madness is Hairdryer Peace, the new, weird offering from LA-based no-wave crew The Hospitals. This is a record that takes its title – and storm-swept cover art – hilariously seriously. Nary a second passes without the interjection of some feedback buffeting and/or unintelligible new departure point. This is bedroom psyche rendered as a vast, genre-bending expanse: its song-construction doesn’t so much abide, as it consumes and regurgitates, acid-fried, all the niggles and crooks, the smoothed-over rhetoric and innate "otherness" that’s been working like a slow comb through popular music for the better part of a decade. In its moot parody it recalls early Mothers of Invention; in its uncompromising approach, an especially zoned-out Scott Walker. Otherwise it’s just sort of awesomely, and aggressively, loud.

Aggression plays as the big, arching context for Erykah Badu’s year-eating stunner, the defiant, and improbably titled New Amerykah, Part One: 4th World War. Badu (pictured above) who first cut grit as a neo-soulster, is here re-made, re-fashioned and boldly re-purposed as… what, exactly? Her singing and expression is still unparalleled: at once coy and tacit, and then retiring into something like pressured rudeness. What really drives Amerykah, though, and declares it triumphantly as this year’s most enterprising, and important headfuck is the sense that its approach brings something new and relevant to the scene. By jacking the base elements of hip-hop’s golden age and targeting them as a kind of new body politik, Badu has tapped into a rich barrel of inspiration, wherein sonic detail and broad metaphysics collide to amass something distinctive; a cold front and a socio-cultural event horizon chased together, beautifully, by the singular and empowering depth of the record’s aesthetic.

Producers like Madlib and 9th Wonder inject forward-thinking elan into what are, alternately, space-funk accidents, protest-songs and straight-up bangers. Just as a song is made more effectively memorable by the degree to which it makes us, as listeners, complicit in the sometimes very knotty internal logic of its ends, Amerykah skirts oblivion, rides out on peripheral tracks and apparently threatens to lose us. A couple of listens reveal it as a deeply felt, and shockingly sober record; as if Badu and her crack team of beat-taskers sat down, smoked and then conscientiously decided to make the best, most edifying record of the year. Which they did (so far)! It’s only been a few months since its release, but New Amerykah is sounding more and more like a landmark album.

Baban is a poet, writer, and and medical student based in London.
guest review music