THE HINGE OF HISTORY 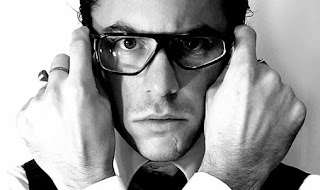 Yesterday, my cat located a mouse in my office (a small crowded room filled with books, and boxes of books and papers); before he could pounce, I locked him briefly in another room, and set about trying to rescue the petrified mouse, crouched in a corner. I picked it up, and was going to put it outdoors, but it wriggled free, and is now somewhere else. I am sad to think that now my cat may locate it before me, and do his catlike thing, and play with it to death, but I tried.

This is not to try to show I am better than other people, or cats, since I am a meat-eater and wear leather, but I do shy away from directly encouraging or facilitating death in living creatures; even seeing mosquitoes killed makes me uncomfortable, though of course I kill them. This does not stop me from enjoying Bond films, though I am against most acts of violence in what is called reality - historical actuality. If I am conflicted, that is likely because, like many over-educated white middle class Westerners, I am a Freudian 'neurotic' - some one literally unable to fully reconcile their urges with their moral compass. One sees this in how we British find it hard to recognise the neuroticism of patriotism - we want to love a nation that does and did both good and wicked things...

I am off topic. I wanted to write about what is happening now, this September 2020, and what the world will be like by Christmastime. No one knows. Of course, no one but characters in Tenet ever really know the future, but we often have some idea about the near-future. We know, for instance, that if we were to leave a cat and mouse in a locked room for a few days, one of them would be dead in a week. We know that when UN troops are pulled from conflict zones, more people die. We know that if people very ill with Covid-19 are not treated in hospital, they will die. So we know, at least, how action and inaction create different futures. In such ways, by choosing action or inaction, we become political, as citizens, and, as such, make history. History is really what happens due to the absence or presence of energy - power exerted. Decisions decide the future.

But not entirely. The fascinating and dreadful aspect of the pandemic we still face as a world is that it has returned a sense of pre-historical chaos to the human realm, in a way we have not experienced in centuries as a total human species. The entire history of the past 2000 years has been the rise of 'civilisations' that have ever-more gained power over the natural, and human, realms, thereby weakening 'Nature's' hold over us. As individuals, we still drown, burn, fall, and break, and sicken and age - but as a species, we have seemed, of late, supra-potent, above the laws of nature. Climate was meant to be the one area where our mastery was slipping, because our mastery was not stewardship, anymore, but rapine waste. In the way that certain German car companies tested their rubber snow tyres during WW2 by making slave workers (prisoners) run all day in the snow with rubber shoes until they died, we have been making the world's natural resources work overtime, to a kind of death.

That was the narrative, and then the pandemic occurred, reminding us, as an asteroid might, that everyone can face death at the same time, and sometimes nothing can actually control (that is, stop) imminent danger or death. Humans being humans, we have quickly adapted, so that now we shop, eat out, and even watch movies, with masks, and hand gel, in relative calm, though we as of yet have no cure for the virus. Somehow, we feel we will have a cure soon, though.

I sense optimism, around the corner, because humans cannot believe they are incapable of exerting sufficient power to change their history, collectively. As almost every movie and story now popular tells us, even when evil gains the upper hand (be that illness, an army, a killer, a magical power, or poverty or prejudice), eventually, with sufficient courage and energy, even the smallest among us can rise up, and alter the balance in the favour of 'good'.

Yet, I am still conflicted, because I also sense great pessimism. XR would not have blockaded right-wing newspaper printers the other day in Britain if they had not at some stage seen writing on a wall that made them think that acting against a bastion of enlightenment free speech was necessary; in other words, they felt it was necessary to act 'radically'. Radicalism is precisely that which is determined to act, regardless of traditional values, in order to effect an historical change deemed to be not only right, but necessary. It is the thing that breaks eggs to make an omelette.

The truth is, no one knows what is about to happen, but some big and potentially terrible or good things are just around the corner, for us all, as a species, and I don't mean the new Dune launch, as much as that is exciting. I find this the most tense, exciting, and suspenseful moment in my life, and I am 54; but not in a good way. Life is now a TV series we live through whether we subscribe to it or not, and we can't google the spoilers. Drama tells us, roughly, that either better or worse things will happen - a reversal of fortune, one way or the other, though.

The last question has a bit more time to run - if even ten years.

The truth is, though, on several fronts, we are three to four months away, at least in the UK, from several crisis, or hinge, moments, that will lead to much more, or much less, death and suffering. And that's not something impersonal and out there only in books; it will be visceral - some joyous sense of a lifting of great weight and fear - or a crushing sense of (at least) temporary defeat.

I hope the mouse escapes the cat. I'll do my best.